June 18, 1991. It was my 17th birthday and we were at MGM (now Hollywood Studios). We were visiting the "Inside the Magic: Special Effects and Production Tour" and a lady asked if I wanted to be a volunteer. I said yes, not knowing what I was volunteering for. This is what happened next: 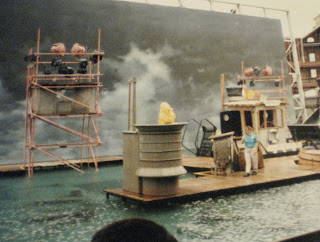 I was told to look through the binoculars while someone on the loud speaker told a story... I have no idea what they were saying because I was too busy "acting." The next thing was this: 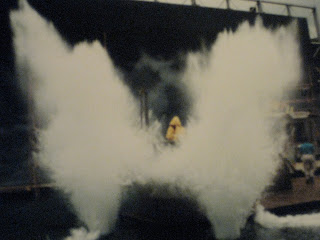 Apparently my submarine (or whatever I was in) was attacked by the enemy and they started shooting bullets all around me. Luckily, I wasn't hit, nor was my submarine, but it sure did make a big splash!!
Posted by adisneymomsthoughts at 5:12 PM