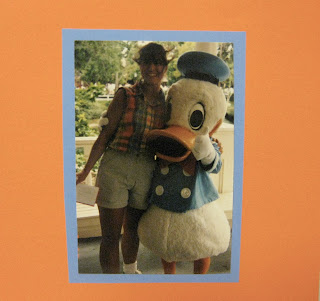 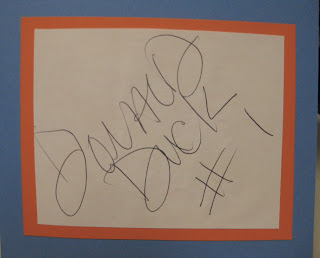 Donald, like Mickey, is one character I've met over and over on Disney vacations. Being one of the Fab 5, he is fairly easy to find in the parks. This photo was taken in June of 1996 at The Magic Kingdom in Walt Disney World. We were in Liberty Square waiting by the River for the Liberty Belle Riverboat. This trip in 1996 was my college graduation trip with my family, mom, dad, Paul and Mark.Again, I have no idea when or where the autograph was taken. All I do know is that it was at Walt Disney World. 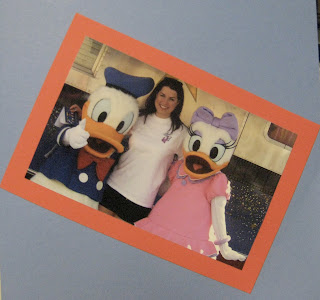 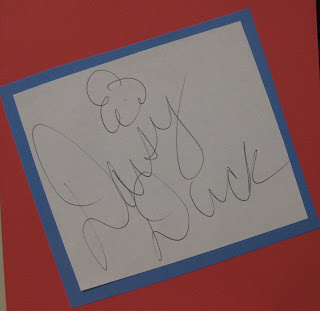 Daisy is not as easy to find as Donald. I was lucky enough to find both Donald and Daisy together at MGM Studios in February of 2005. I was walking down Mickey Avenue and they were in front of mini RVs! I guess those were their "dressing rooms" while on set!
Posted by adisneymomsthoughts at 9:49 PM