I met Aladdin and Genie during my marathon trip in January 2003 with Deb. We were in Adventureland at the Magic Kingdom by The Magic Carpets of Aladdin when I got both autographs and the photo below. 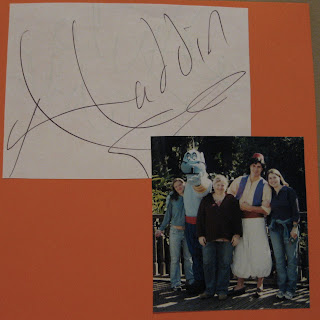 Princess Jasmine's autograph and photo came later. She was also found in Adventureland by the Magic Carpets of Aladdin. However, this photo came during my February 2005 trip. 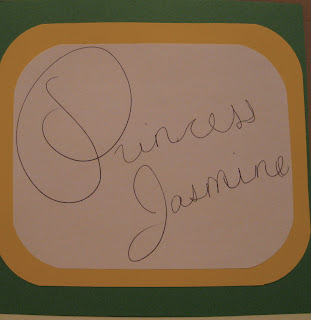 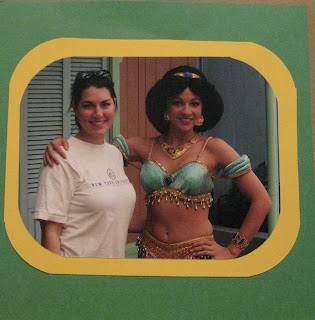 This photo with Genie was during my June of 1996 trip with my family after my college graduation. Paul, Mark and I were in the same place in Adventureland between the Swiss Family Treehouse and the Jungle Cruise... the Magic Carpets of Aladdin was not an attraction at the time. The autograph came during my 2003 marathon trip. 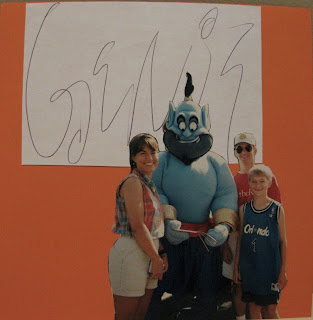 I met Jafar in 1996, I believe, but don't know why I don't have a photo. I remember meeting him outside the entrance to MGM in June. There were several "villains" out and about at MGM that day! 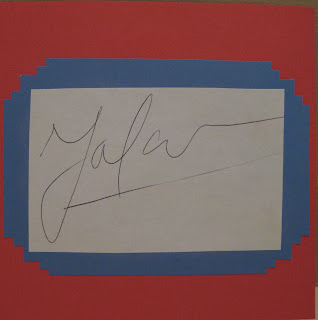 Posted by adisneymomsthoughts at 12:50 PM