It happum on one ah dem Zip-A-Dee-Doo-Dah Days. Now dat's the kinda day where you can't opem yo mouf widout a song jumpin right out of it! ~Uncle Remus

As a child, I remember reading "Song of the South" and listening to the album. I don't know if I've ever actually seen the entire movie. I do believe I've seen parts, but maybe not the whole thing. When I meet any of the "Brer" characters at Walt Disney World, I'm always reminded of the book we used to read!
I met Brer Rabbit during my trip in February of 2005. He was on his way to take a break, so we only had time to get a photo. I wish I had his autograph too, but again, there's always next time! As you can see, this photo was taken in Frontierland in the Magic Kingdom. You can see Big Thunder Mountain Railroad in the background! 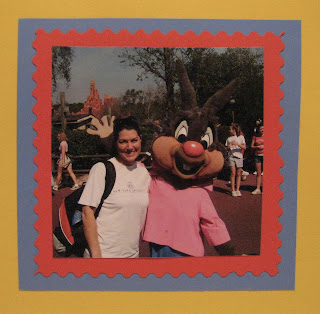 I've met Brer Fox many times before. My favorite photo will have to come in a later post. It was during our first trip to WDW in 1983 when my dad took a photo with Brer Fox. Brer Fox stuck his finger in his ear and the other finger in my dads! This photo below was during our trip in November of 2006 when mom and I went down for our conference. I can't remember where this photo was taken... I'll guess it was in the Magic Kingdom near Splash Mountain! I got his autograph at the same time. 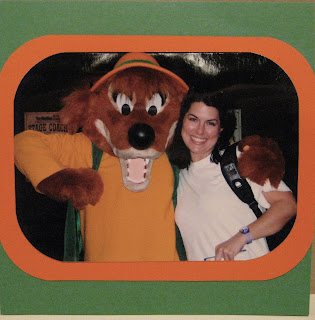 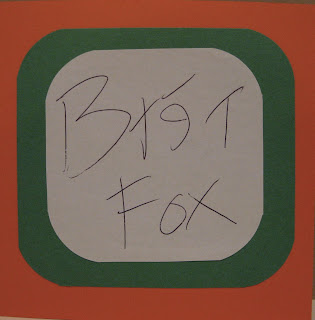 I met Brer Bear during the same trip I met Brer Rabbit in 2005. I met Brer Bear first so we had time to get an autograph and a photo. This was in the Magic Kingdom in Frontierland. I like how the ink on the paper is has little spaces in it because his fur on his hand would get in the way of the pen! 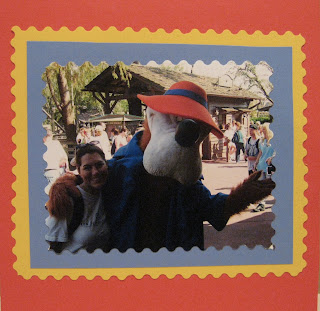 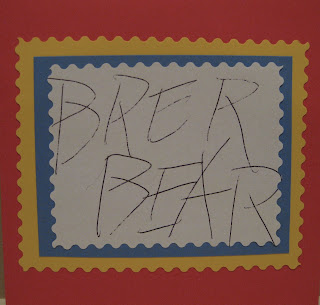 Posted by adisneymomsthoughts at 5:27 PM