Monkeys, Bears, and Gorillas- OH MY!

As I'm winding down the list of characters I have met, I've realized I have quite a few monkeys, bears and gorillas left to share!  Enjoy! 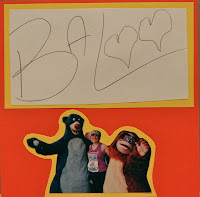 I have met Baloo and King Louie many times on vacations to Walt Disney World.  This photo happens to be during the 2003 WDW full marathon.  It was somewhere around mile 20ish in Animal Kingdom.  I was DYING at this point so seeing this pair lifted my spirits!  I jumped in line, enjoying the break and got a quick photo.  Obviously, King Louie can't sign his name due to his enormous plastic hands!  But, Baloo lovingly signed my book during our trip in February of 2006 while we were at Animal Kingdom. 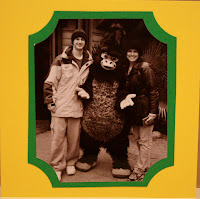 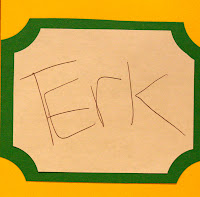 I met Terk from Tarzan during my trip in December of 2001 ready to ring in 2002!  We were at Animal Kingdom near the trail that leads to Camp Minnie Mickey.  My brother, Mark, and I stood in line to meet her and she signed my book.  I was a tad jealous of her fur on this day because it was so chilly!! 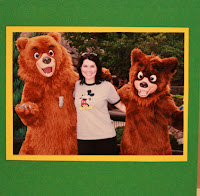 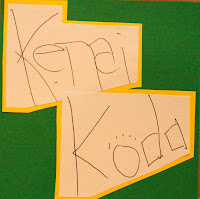 Even though I have not seen the movie Brother Bear, I still met Kenai and Koda at the Canada Pavilion at Epcot during my trip in November of 2006.  Mom and I were dipping out of our conference this day when we stumbled upon these two.  Nobody was in line or even near the duo.  They were playing around and pretend fighting when I approached them.  They both "jumped" as if I scared them when I walked up!  Too bad we didn't have a video camera rolling!  They were both excited to take a picture and sign my book.  I guess they were bored without any kids around waiting on them...
Posted by adisneymomsthoughts at 11:42 AM