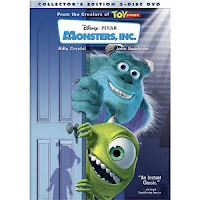 Define Loyal.  According to the dictionary it means "giving or showing firm and constant support or allegiance to a person or institution."


Who can you think of in scripture that was betrayed?  Who was the betrayer?
Who can share that story from scripture?


14Then one of the Twelve—the one called Judas Iscariot—went to the chief priests 15and asked, "What are you willing to give me if I hand him over to you?" So they counted out for him thirty silver coins. 16From then on Judas watched for an opportunity to hand him over.
Matthew 26: 47–56
47While he was still speaking, Judas, one of the Twelve, arrived. With him was a large crowd armed with swords and clubs, sent from the chief priests and the elders of the people. 48Now the betrayer had arranged a signal with them: "The one I kiss is the man; arrest him." 49Going at once to Jesus, Judas said, "Greetings, Rabbi!" and kissed him.
50Jesus replied, "Friend, do what you came for."
Then the men stepped forward, seized Jesus and arrested him. 51With that, one of Jesus' companions reached for his sword, drew it out and struck the servant of the high priest, cutting off his ear.
52"Put your sword back in its place," Jesus said to him, "for all who draw the sword will die by the sword. 53Do you think I cannot call on my Father, and he will at once put at my disposal more than twelve legions of angels? 54But how then would the Scriptures be fulfilled that say it must happen in this way?"
55At that time Jesus said to the crowd, "Am I leading a rebellion, that you have come out with swords and clubs to capture me? Every day I sat in the temple courts teaching, and you did not arrest me. 56But this has all taken place that the writings of the prophets might be fulfilled." Then all the disciples deserted him and fled.