Monday's Memories: "it's a small world" at Disneyland 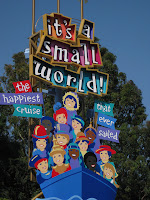 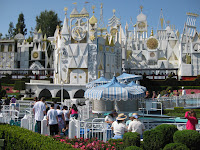 To be quite honest with you, "it's a small world" is not one of my favorite attractions at Walt Disney World.  I only ride it if the line is non existent, meaning walk right on, or if one of the boys asks to ride.  I'm not sure why I'm not a fan, but I'm not.  So, when we were at Disneyland in 2010 I was reluctant to ride this attraction.  While I did LOVE the outside of this attraction, I was still not looking forward to it, but we rode it anyway.  I'm so glad we did!

Once our boat made it inside, since you board these boats outside the building, I remembered reading somewhere that Disney characters were in this attraction.  This soon became a game for us!  While we were enjoying the other children in each country, we really enjoyed spotting the characters!  If the Magic Kingdom at WDW would make this change to their version of it's a small world!, I might be more interested in riding each trip... 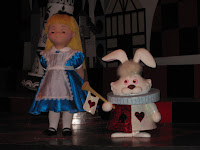 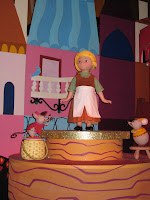 We found Alice and the White Rabbit and Cinderella with the mice. 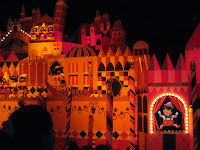 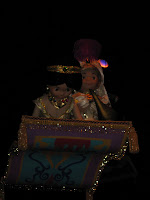 We also found Pinocchio as a marionette and Jasmine and Aladdin were flying on their magic carpet. 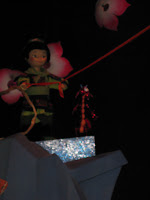 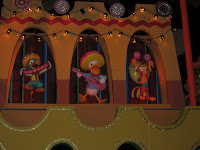 Mulan was flying a kite and the three caballeros were also present- this reminded me of the Gran Fiesta Tour at the Mexico pavilion at Epcot! 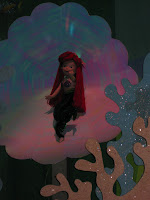 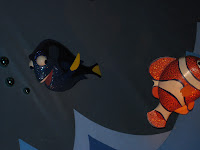 Ariel was spotted in an underwater scene along with Dory and Nemo. 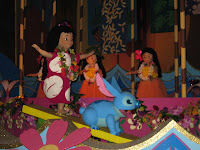 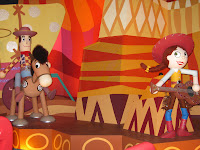 Lilo and Stitch were caught surfing while Jessie, Woody and Bullseye were holding down the wild west!

Which character is your favorite in "it's a small world"?