"Dig a little deeper.  Think of something that we've never thought of before." ~Winnie the Pooh

"it's a small world", Great Moments with Mr. Lincoln, Ford's Magic Skyway and The Carousel of Progress.  Do you know what all these things have in common?  They were all Walt Disney's original attractions in the 1964 World's Fair in Queens, NY.  What's so cool is that all of these attractions are STILL around today in some capacity.  That is one of the MANY things I love about Disney.  They always "Dig a little deeper" and think outside the box of "something that we've never thought of before."  And the imagination continues today, long after Mr. Disney walked down Main Street USA for the first time. 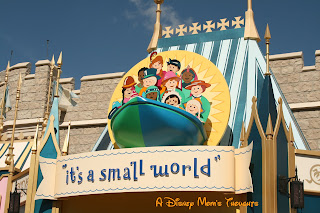 "it's a small world" was presented by Pepsi and was a salute to UNICEF.  The original attraction is still in California at Disneyland and the other 4 Disney parks all have their own "it's a small world."  The Sherman Brothers wrote the song that we all know and love! 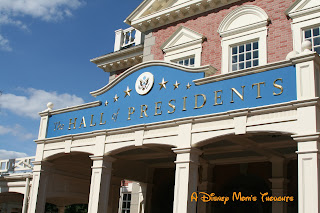 "Great Moments with Mr. Lincoln" was at the Illinois pavilion.  Here President Lincoln would recite some of his famous speeches.  Today this attraction can be seen in Disneyland and an expanded version can be found at Walt Disney World in The Hall of Presidents. 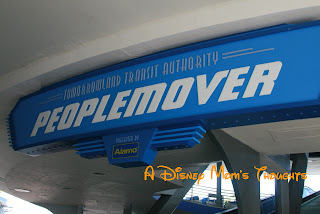 "Ford's Magic Skyway" was presented by Ford Motor Company.  This featured 50 convertible Mustangs that moved along a track and featured audio-animatronic dinosaurs and cavemen.  While this attraction is no longer around, the dinosaurs are now featured in the dinosaur diorama on the Disneyland Railroad.  The way the Ford Mustangs, which were motorless, were propelled along the track is now featured in the Tomorroland Transit Authority Wedway Peoplemover at Walt Disney World.
"Progressland" was sponsored by G.E. where the audience sat in a revolving theatre and saw a series of presentations of the progress of electricity in the home.  Today we know and love this attraction at Walt Disney World called "Carousel of Progress."  The Sherman Brothers composed the theme song, "There's a Great Big Beautiful Tomorrow."