Rewind to July of this year.  I took 28 high school students from church on a mission trip to Orlando.  We spent the first day traveling and the next two days painting houses.  On Wednesday, we finally made our way to Pop Century!  We checked in around 9:30 and two of our seven rooms were ready.  They were adjoining so we piled all the girls baggage in one room and the boys in the other.  We stayed in the rooms for a while resting and watching Stacey on TV! 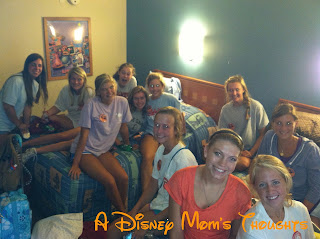 As rooms were becoming available, the youth started splitting up into groups to walk around Pop and Art of Animation, visit the food court and take naps.  Three chose to take the bus to Wide World of Sports and take in a Little League World Series Baseball game.  I chose to walk around Pop Century and head over to Art of Animation to soak it all in! 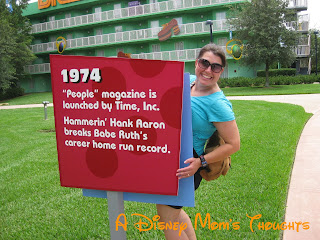 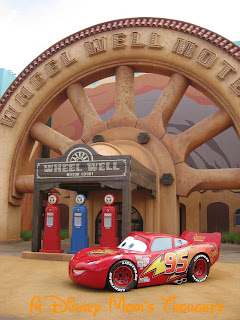 LOVE the Cars Wing of AoA! 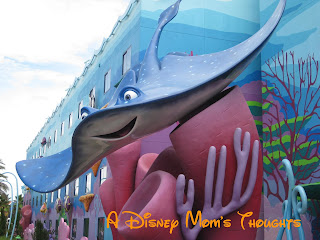 Mr. Ray greets you with a happy smile in the Finding Nemo section.

Once we were all rested, showered and in our own rooms, we took the bus over to Downtown Disney. We split into groups to walk around, eat dinner and shop.  My first stop was to try a "Goofy Glacier" from Goofy's Candy Shop.  If you haven't had one of these icee/ slushie type treats before, I highly encourage you to try it!  I was craving slushie type drinks while I was preggo and this HIT THE SPOT!  We ate dinner at Wolfgang Puck Express and spent the rest of the time leisurely walking around and people watching. 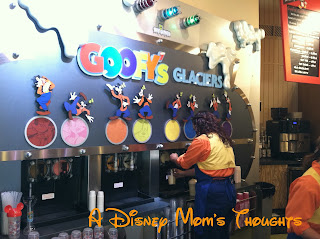 The banana glacier was delish! 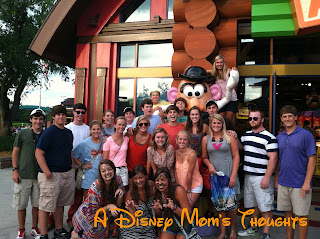 All the youth excited to finally be at Walt Disney World!

After several hours at DtD, we headed back to the resort to get ready for our day in Epcot... stay tuned...