Welcome to those of you joining me from Disney Living and those of you just hopping aboard. I am the 2nd stop on our Magical Blogorail.  This month, we are sharing our Greatest 2012 Disney Moments.

From a Disney point of view, I would say the release of "Wreck it Ralph"and "Brave" were great moments.  Of course the expansion of Fantasyland at Walt Disney World's Magic Kingdom and the new Test Track at Epcot were high on the list.  But the Greatest 2012 Disney Moments for me revolved around our Disney family.

In February, my husband and I took a no kids allowed trip to WDW to celebrate our 5th anniversary.  We stayed at a new WDW resort- Port Orleans French Quarter, ate at new restaurants that are now our favorites- 'Ohana, California Grill, and Le Cellier and spent lots of time enjoying each other at Walt Disney World.  On this trip I was able to share some exciting news with Mickey Mouse!  He was the first to find out we were expecting another baby!  The look on Minnie's face is my favorite! :) 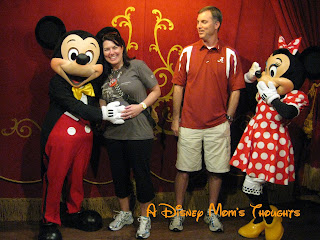 I also made a special video to share with my youth explaining our mission trip for the summer AND the big news.

In July, my husband and I took the youth group from church to Orlando for our summer mission trip and we spent 2 1/2 days at Walt Disney World.  It was so special to be able to be in my happy place with these kids I love so much. 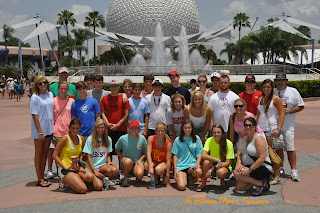 Being 32 weeks pregnant at Walt Disney World in July is not something I would recommend!  While it was not exactly a pleasant moment at Disney, it was very cool to be down there again with my youngest boy! 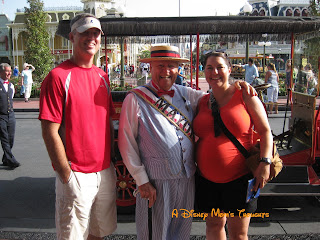 In September, we welcomed our youngest boy, "Big E" into our family. 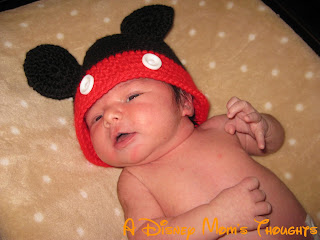 In October, part of our family dressed as the Toy Story gang for Halloween.  We couldn't convince dad or JAG to join in the fun. :( 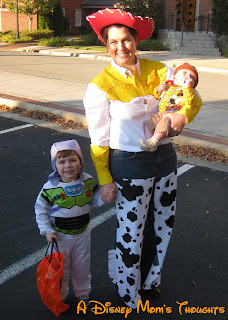 Overall, this has been a fantastic Disney year for the Green family!  My middle son, C-man is already telling Big E about Walt Disney World, watching Disney Jr. and singing Disney songs to him.  We enjoyed seeing the Disney Parks Christmas Day Parade earlier this week and it only got us more exciting about future trips.  Hopefully in 2013 we'll experience our first Disney Cruise!

What were your greatest 2012 Disney moments?

4th Stop ~ Mouse on the Mind

Final Stop ~ Heidi @ Your Highway in the Sky
Posted by adisneymomsthoughts at 6:00 AM