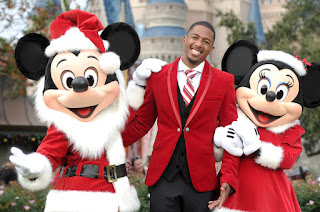 Dec. 25, 1983~ Walt Disney World Very Merry Christmas Parade is broadcast live from the Magic Kingdom for the very first time. The 90-minute telecast is hosted by Joan Lunden (of Good Morning America) and popular talk- show host Mike Douglas (the singing voice of Prince Charming in Cinderella).  The last year this parade was aired live was 1996.  In 2009, the name of the parade was changed to "Disney Parks Christmas Day Parade" since they were filming in both WDW and Disneyland.  Tune in to ABC on Christmas morning at 10am Eastern Time.

Posted by adisneymomsthoughts at 11:38 PM