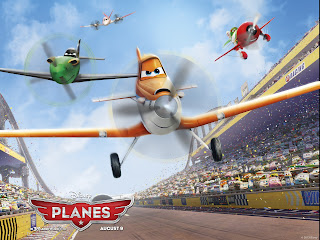 Set to release in theaters Aug. 9, 2013, Disney’s Planes takes off with an international cast of the fastest air racers around, in a comedy packed with action and adventure starring Dusty (voice of Dane Cook), a small town dreamer who longs to enter the most epic around-the-world air race despite his fear of heights. With the help and support of a fleet of new and hilarious characters, Dusty wings his way into the biggest challenge of his life.

Disney’s Planes’ product collection is available now, in whole or in part, at mass retailers nationwide, at Disney Store locations and DisneyStore.com. 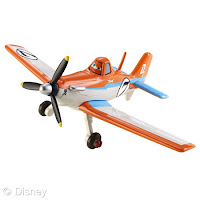 · Disney’s Planes Character Diecast Singles Assortment by Mattel (MSRP $5.99 each): With wide character variety and authentic styling, these 1:55 scale diecast planes are perfect for re-creating scenes from the movies. The planes feature rolling wheels and spinning propellers as well as a universal connector that works with all play sets. 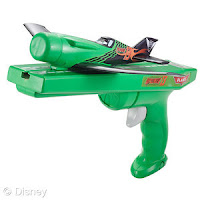 · Disney’s Planes Runway Flyers by Mattel (MSRP $16.99): Snap the foam plane featuring favorite characters from the film into the runway launcher. When the trigger is pulled, the plane is released and can soar up to 25 feet in the air. 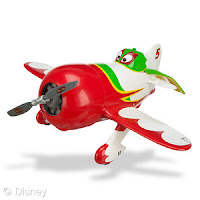 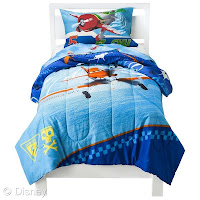 Disney’s Planes Twin Comforter by Jay Franco (MSRP $32.99): This comforter features the one and only Dusty. Featuring a combination of durable polyester and comfort cotton coupled with rich colors, the comforter will add aviation flair to any room. Disney sheet sets and blankets are sold separately. 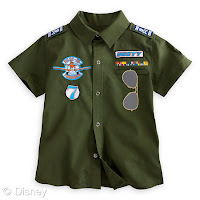 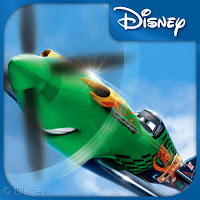 · Planes: Storybook Deluxe App (MSRP $6.99): The Disney “Planes: Storybook Deluxe" app takes readers to new heights as they relive the film through 41 story screens, read-along text and full narration that re-retells the story of the feature film. Created to immerse readers in the world of Disney’s Planes wherever and whenever, the app features "tilt-and-play" technology that gives little pilots a chance to fly as Dusty through the story, a "Race & Fly" game that allows readers to race as their favorite Disney’s Planes characters, tappable interactive animation and original music and video clips from the film. Disney “Planes: Storybook Deluxe" is available now in the Entertainment category of the Apple App Store. 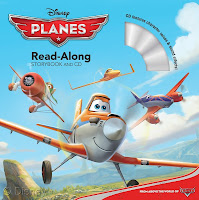 · Planes Read-Along Storybook and CD (MSRP $6.99): This exciting read-along storybook and CD is a complete retelling of the Disney’s Planes theatrical film. Featuring music, sound effects and character voices from the film, kids can bring home the world of Disney’s Planes and continue their high-flying adventures. Additionally, those who purchase the Disney’s Planes Read-Along Storybook and CD Bundle – available exclusively at The Disney Store and Disney Parks – will receive the “Planes: Storybook Deluxe” app for free, including four exclusive Planes to fly as in the app’s “Race & Fly” game; a download code can be found inside the book cover and is redeemable on the iTunes App Store (a $6.99 value).
Posted by adisneymomsthoughts at 5:00 AM