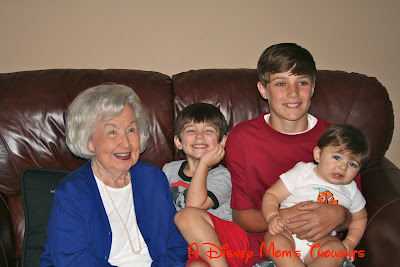 After the photos and lunch it was time for cake!  After singing "Happy Birthday" we stood waiting for Big E to do something, anything with the "smash cake" his KK made for him. 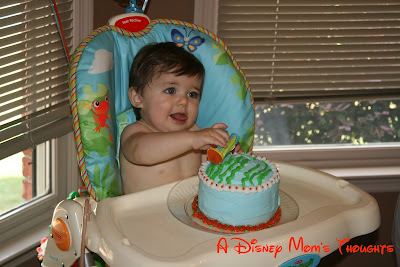 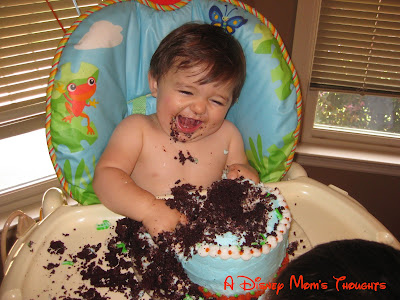 Once the cake was devoured, it was time for the Finding Nemo Slip n Slide.  What fun that was!  None of the kids could actually run and slide on it, but they had fun running and falling on it. 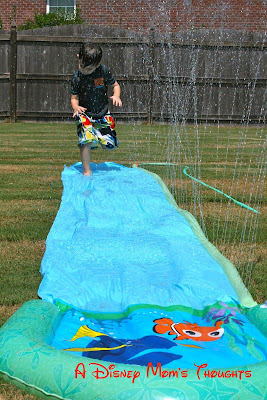 My niece even tried taking a nap on it, while playing with the wind up, swimming Nemo and Squirt toys! 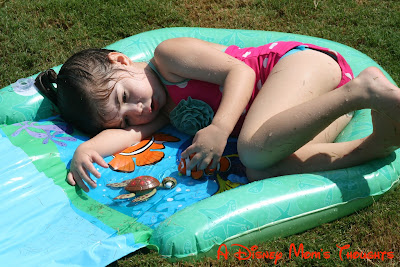 Since we couldn't quite figure out the whole run, slip, slide concept, we decided to try to "drink" the water as it shot out of the holes! 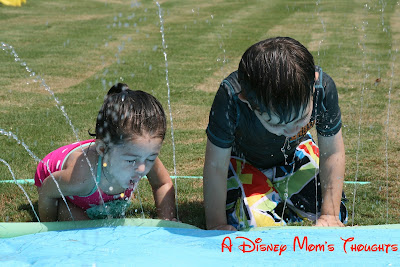 We even had a few Disney Jr. friends stop by to play on the Nemo slide!  Jake, Izzy and Cubby were found swimming in the pool and playing in the puddles. 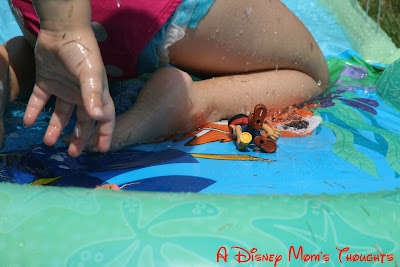 And of course, we opened presents.  C-man was a big help.  Big E got a new Finding Nemo plate with a spoon and fork, 2 Finding Nemo sippy cups, a new lunchbox, bath towels, an Auburn jersey, his own remote control and a set of car keys!  I think he's set. 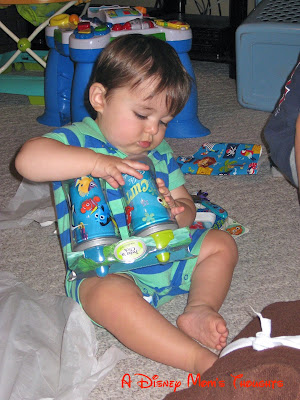 Two of my boys, playing in the water.  My they grow up fast! 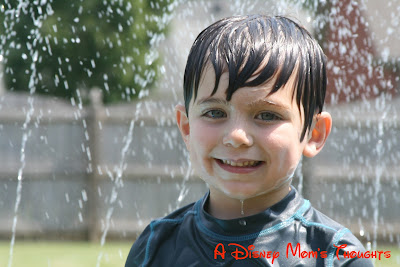 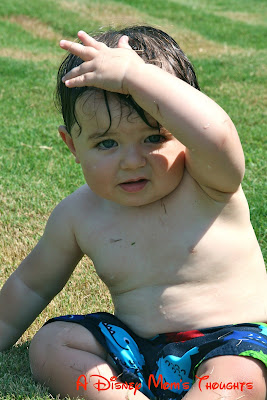