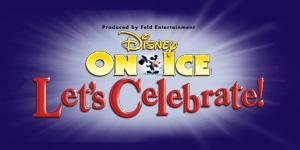 The Disney On Ice, Let's Celebrate! tour will begin in Atlanta, Georgia October 9, 2013.

Here are a few fun facts about the shows production and team: