From Princesses to Super Heroes, Pirates to Mermaids, Families Can Be Inspired with Wide Selection of Classic and All-New Costumes Featuring Disney, Marvel and Star Wars

Glendale, Calif. (October 2, 2013) – Disney Consumer Products (DCP) is making it easy for consumers to bring home the magic of Disney this Halloween with a wide array of authentic Disney, Marvel and Star Wars character-inspired costumes and more, available now at Disney Store, mass and specialty retailers across the country.

With princess, super heroes and pirates topping the National Retail Federation’s (NRF) list of most popular Halloween costumes for kids, adults and pets1, DCP has something for ghosts and goblins of all ages – even furry friends! For the first time this season, DCP offers costumes from fan-favorites including Sofia the First, Disney’s Planes and Star Wars. From sparkly princess dresses and muscular Super Hero bodysuits to light-up accessories and everything in between, families will find an abundance of choices to express their creativity.

“The rich storytelling of Disney, Marvel and Star Wars resonates with fans young and old, which is one of the reasons our costumes and products are popular year-round,” said Paul Gainer, executive vice president, Disney Retail. “Halloween is an especially fun time for fans as it allows them to bring their favorite characters to life with the quality and authenticity that only Disney can deliver to really make an impactful statement.”

DCP also offers an assortment of products from home décor and collectibles to apparel and better-for-you snacks for consumers looking to celebrate this wickedly fun holiday. For the 72 percent of Americans who reported to NRF that they plan to welcome trick-or-treaters in Halloween’s most popular tradition1, DCP’s snacks offer nutritious and delicious options that will please both kids and parents.

Additionally, to help families get in the Halloween spirit, Disney Store will be hosting Halloween Dress Rehearsals at store locations nationwide on October 18 and 19. Guests are encouraged to come dressed in their favorite Disney or Marvel costume and enjoy crafts, treats and a costume parade. For more details and to find a local Disney Store, visit www.DisneyStore.com/storelocator or call (866) 902-2798.

Available at mass and specialty retailers nationwide, including Toys “R” Us, Target, Walmart, Kmart, Party City, Spirit, JCPenney and others, as well as Disney Store and www.DisneyStore.com, highlights of Disney, Marvel and Star WarsHalloween product collections include:

For Disney Junior Fans
Inspire little ones to let their imaginations run wild and attend the royal academy, fix broken toys or search for treasures with bright, colorful costumes from their favorite Disney Junior series.
For Enchanting Little Ladies
Girls can transform into their favorite Disney Princess character (one of NRF’s top ranked costumes for kids1), a feisty fairy or Anna and Elsa from the upcoming Disney movie Frozen with beautifully embellished costumes that sparkle and shine. 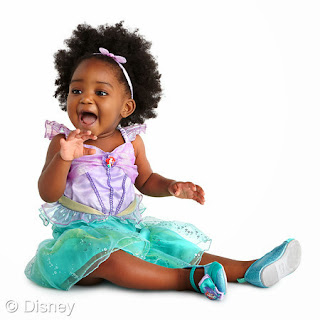 For Action and Adventure Seekers
Featuring bold graphics and comfortable styles, kids will suit up for action in costumes inspired by their favorite Marvel, Star Wars and Disney’s Planes characters. With action costumes a top category this Halloween according to NRF1, DCP has something for every adventurer at heart.
For Wickedly Cute Little Ones
Baby will look monstrously cute dressed in these tiny costumes. Whether shimmering in sweet suits patterned after Disney’s most famous couple, masquerading as a Disney Princess character or reporting to Star Command, hearts will warm at the sight of your little one.
For the Family
From baby and siblings to mom and dad, the whole family can experience spooky splendor and recreate their favorite movie moments together with affordable, high-quality costumes.
For Furry Friends
The Star Wars Pet collection, a complete line of collars, leads, apparel and toys, co-designed by Petco and Lucasfilm, are available in all Petco and Unleashed by Petco stores and online at petco.com.

Bewitching Lifestyle Products, Snacks & Apparel
A robust assortment of lifestyle products keeps the spooky spirit of the season brewing, including: 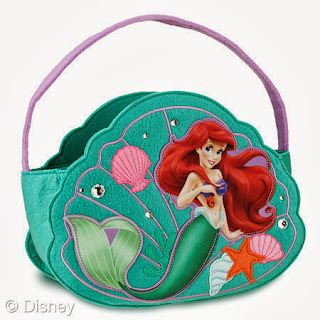 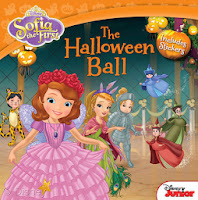 Bringing spooky fun to story time, Disney Publishing offers an assortment of Halloween titles, including Sofia the First: The Halloween Ball, a magical story of everyone’s favorite princess-in-training that comes with a sheet of glittery holographic stickers, and Vampirina Ballerina Hosts a Sleepover, where Vampirina’s friends meet her unconventional family. Mickey Mouse Clubhouse Paint and Play, an award-winning 3D coloring book app, gets its own Halloween twist this season. Updates to this app include, a pumpkin carving activity, spooky decorations and sound effects, as well as frightfully fun costumes for Mickey Mouse and Minnie Mouse that kids can color and bring to life.

Lucasfilm, the Lucasfilm logo, STAR WARS and related properties are trademarks and/or copyrights, in the United States and other countries, of Lucasfilm Ltd. and/or its affiliates. TM & © 2013 Lucasfilm Ltd. All rights reserved. All other trademarks and trade names are properties of their respective owners.
Posted by adisneymomsthoughts at 10:58 AM