#DisneyDozen Gifts for the 2013 Holiday Season

Receiving more awards and accolades than ever before, this holiday toy list showcases imaginative products for all ages and budgets featuring Disney, Marvel and Star Wars characters.

Glendale, Calif. (October 15, 2013) —It's the holiday season and Disney Consumer Products has magical gifts for all ages and budgets in its #DisneyDozen gift list inspired by favorite Disney, Marvel and Star Wars characters and stories. This award-winning assortment includes 12 entertaining and innovative holiday gifts – plus some additional "must-have" items – that tap into The Walt Disney Company's rich history of storytelling, while offering enduring play value and transforming playtime into a truly magical experience that Disney is known for.

With products inspired by popular Disney properties such as Disney Junior's Sofia the First and Doc McStuffins along with Disney's Planes and Disney Infinity, the #DisneyDozen products are being recognized by more national retailers, toy experts, industry organizations and media outlets than ever before, including: Toys "R" Us, Walmart, Kmart, TimetoPlayMag.com, The Toy Insider, Parentsmagazine and more. There's something for every budget with toys ranging from $5.99 to $189.99, and digital apps ranging from FREE to $4.99. 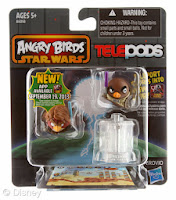 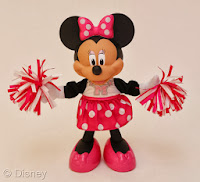 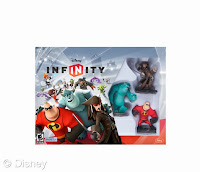 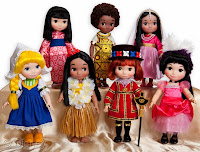 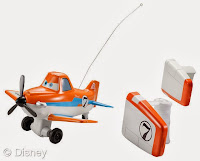 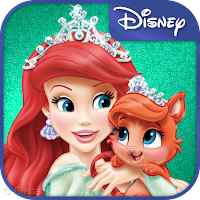 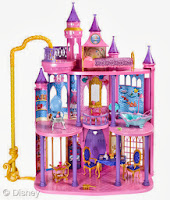 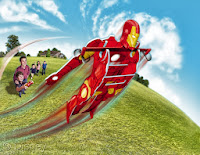 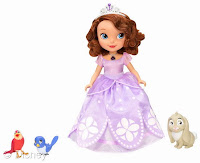 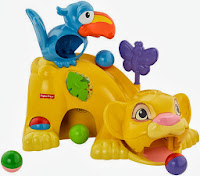 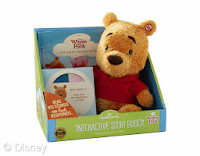 From the lovable characters of hit Disney Junior shows and new characters discovered on the big screen, to soaring Super Heroes and angry Darth Vader birds (and pigs), the best-of-the-best products from the world's leading entertainment company are available now at national retailers including Toys "R" Us, Walmart, Kmart along with other mass and specialty retailers, as well as Disney Store retail locations and DisneyStore.com, and the iTunes and Google Play stores.

5. Sofia the First Magical Talking Doll with Animal Friends (MSRP: $39.99; available at mass retailers)
Dressed in her signature princess gown and very special amulet from the King, Sofia can recognize and talk with three of her best animal friends. With multiple character-specific phrases, it's endless interactive friendship fun with everyone's favorite princess-in-training!

2. Disney's Planes Wing Control Dusty Crophopper RC Plane (MSRP: $39.99; available as mass retailers)
Kids can have fun recreating the action seen in Disney's Planes with this RC vehicle that offers role-play remote control, which means the plane moves when they do!

3. Iron Man Flying RC Extreme Hero (MSRP: $79.99; available at mass retailers)
Experience the thrill of controlling the world's first flying Iron Man. The Extreme Hero banks, soars dives and climbs, just like the real Iron Man and offers high performance yet easy enough for a beginner as it soars up to 300 feet in the air.

4. Marvel Creativity Studio Deluxe Smart Stylus and App (MSRP: $34.99, available at Apple Stores; app is FREE, available on iTunes)
A truly creative gift for any Marvel fan or budding artist, the Marvel Creativity Studio features a "smart" stylus that magically transforms into a pencil, marker, crayon, brush or stamper, for an immersive art experience on iPad devices. Through engaging activities and assembling your own action stories, kids of all ages can draw, color and activate their favorite Marvel Super Heroes to create their own customized artwork and storytelling.

Gifts for Girls
1. Disney's Frozen Anna & Elsa dolls ($39.95 each; available at Disney Store locations anddisneystore.com)
From Disney's Frozen, these beautiful dolls begin to sing their own signature songs triggered by motion-activation – Anna ("For the First Time") and Elsa ("Let It Go").

3. Disney Princess Ultimate Dream Castle and Magic Mirror App (MSRP: $189.99, available at mass retailers; $3.99 for app or FREE with Castle purchase, available on iTunes)
The Disney Princess Ultimate Dream Castle and Magic Mirror app merge physical and digital to create magical interactive experiences both in and around the castle themed to girls' favorite Disney Princess characters. Special spots in each room trigger activities including baking with Snow White, popping bubbles with Ariel, sewing beautiful dresses with Cinderella, and singing songs with Aurora. With so many areas of play, more than 30 accessory pieces, and the new augmented reality app, it's the ultimate castle for any little princess to call home.

4. Under the Sea Surprise Ariel (MSRP: $29.99, available at mass retailers)
When is placed in water, Ariel's fin lights up, creating a magical rainbow of color; she also sings and says phrases from favorite movie moments in both English and Spanish.

Family Fun
1. Disney Infinity (MSRP: $74.99 starter pack, available at mass and specialty retailers)
Disney Infinity is an all-new video game starring the beloved characters from Walt Disney Studios' and Pixar's most popular franchises. Players can place real-world toy versions of their favorite Disney characters onto a device called the Infinity Base and transport them into the virtual game worlds of Monsters University, The Incredibles, Cars, Pirates of the Caribbean, The Lone Ranger and Toy Story in Space as well as into a giant Toy Box where they can create their own adventures.

2. Disney's It's A Small World Animator's Collection ($29.95 each, available at Disney Store locations and disneystore.com)
Celebrate our "small world" with a new collection of dolls inspired by the original Fantasyland attraction, "it's a small world," and one of the best-known Disney tunes of all time. Each doll is dressed in traditional costume and sings in its native language.

About Marvel Entertainment, LLC Marvel Entertainment, Inc. is one of the world's most prominent character-based entertainment companies, built on a proven library of over 5,000 characters featured in a variety of media over seventy years. Marvel utilizes its character franchises in licensing, entertainment (via Marvel Studios and Marvel Animation) and publishing (via Marvel Comics). Marvel's strategy is to leverage its franchises in a growing array of opportunities around the world, including feature films, consumer products, toys, video games, animated television, direct-to-DVD and online. For more information, visit marvel.com.
Posted by adisneymomsthoughts at 6:00 AM