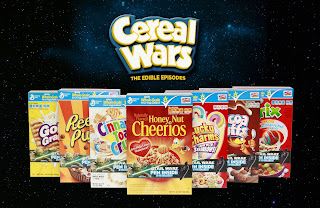 Minneapolis (Nov. 19, 2013) – May the Force be with you … at the breakfast table, that is. Back by popular demand, select General Mills Big G cereals now include eight collectible figure pens featuring various characters from the iconic Star Wars episodes from now until the end of the year. To kick off the promotion, Big G is creating Star Wars-inspired episodes using the pens and calling on fans to share their favorite scenes for a chance to be re-created into Vine and Instagram “Cereal Wars” videos.

“When you combine an iconic franchise like Star Wars and a beloved brand like Big G cereals, you have the chance to create an incredible amount of pop culture love,” says Lisa Tomassen, integrated communication manager at General Mills. “We’re excited about this unique opportunity to connect with both fan bases and can’t wait to share the inspiration that ensues.”

Fans and cereal enthusiasts can visit the Cereal Wars Tumblr page at biggcerealwars.tumblr.com to view Star Wars-inspired videos and submit their video requests by sharing their most memorable movie scenes, quotes or character battle scenarios. Each week, one or more fan-inspired videos will be turned into Vine and Instagram episodes and shared on the “Cereal Wars” feed.

In addition to the Cereal Wars content, three Star Wars fan sites will host a giveaway of collector’s items from the Lucasfilm archives. Fans who submit their video requests on the site are eligible to win, and winners will be chosen through a random sweepstakes process. Links to those fan pages are located on the Tumblr page. 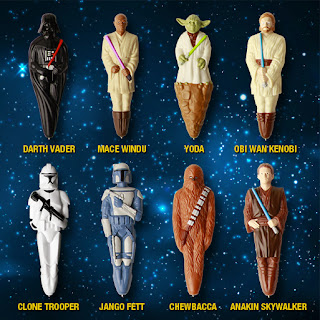 To find Big G cereals near you, please visit http://www.generalmills.com/ProductLocator.aspx.

About General MillsGeneral Mills is one of the world’s leading food companies, operating in more than 100 countries around the world. Its brands include Cheerios, Fiber One, Häagen-Dazs, Nature Valley, Yoplait, Betty Crocker, Pillsbury, Green Giant, Old El Paso, Wanchai Ferry, Yoki, and more. Headquartered in Minneapolis, Minn., USA, General Mills had fiscal 2013 worldwide sales of US $17.8 billion.
Posted by adisneymomsthoughts at 1:11 PM