The Jedi Light Sabers made out of pool noodles for my son's 5th Star Wars Birthday Party were pretty easy to make!  They were a little time consuming, but overall pretty easy!

First, I had to cut all the pool noodles in half.  The easiest way for me to do this was to use a serrated bread knife. 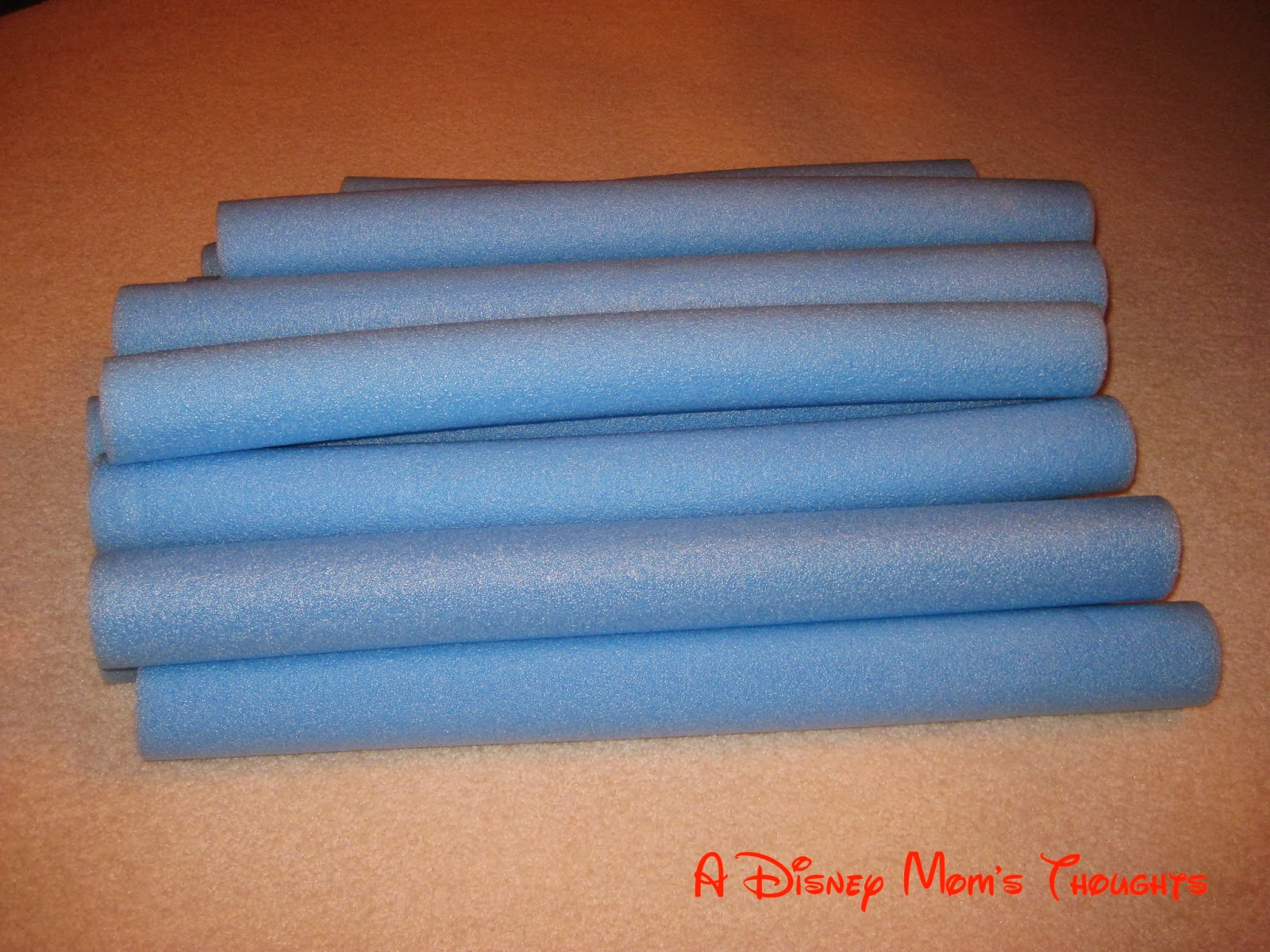 Once the noodles were cut, I used black duct tape and made an "X" on the end I cut. 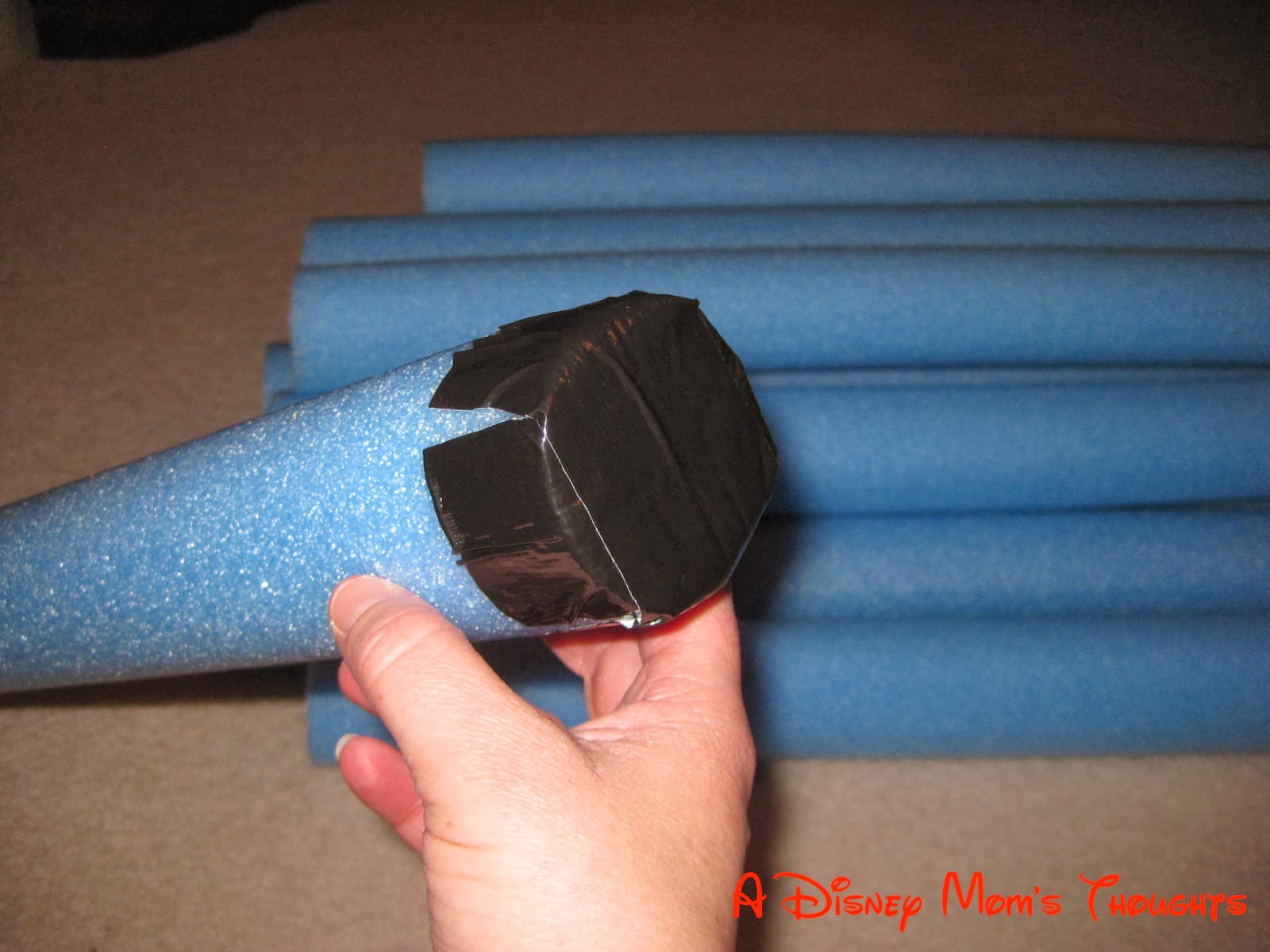 Then, starting at the taped end, I wrapped 4 rows of tape around the noodle working my way up. 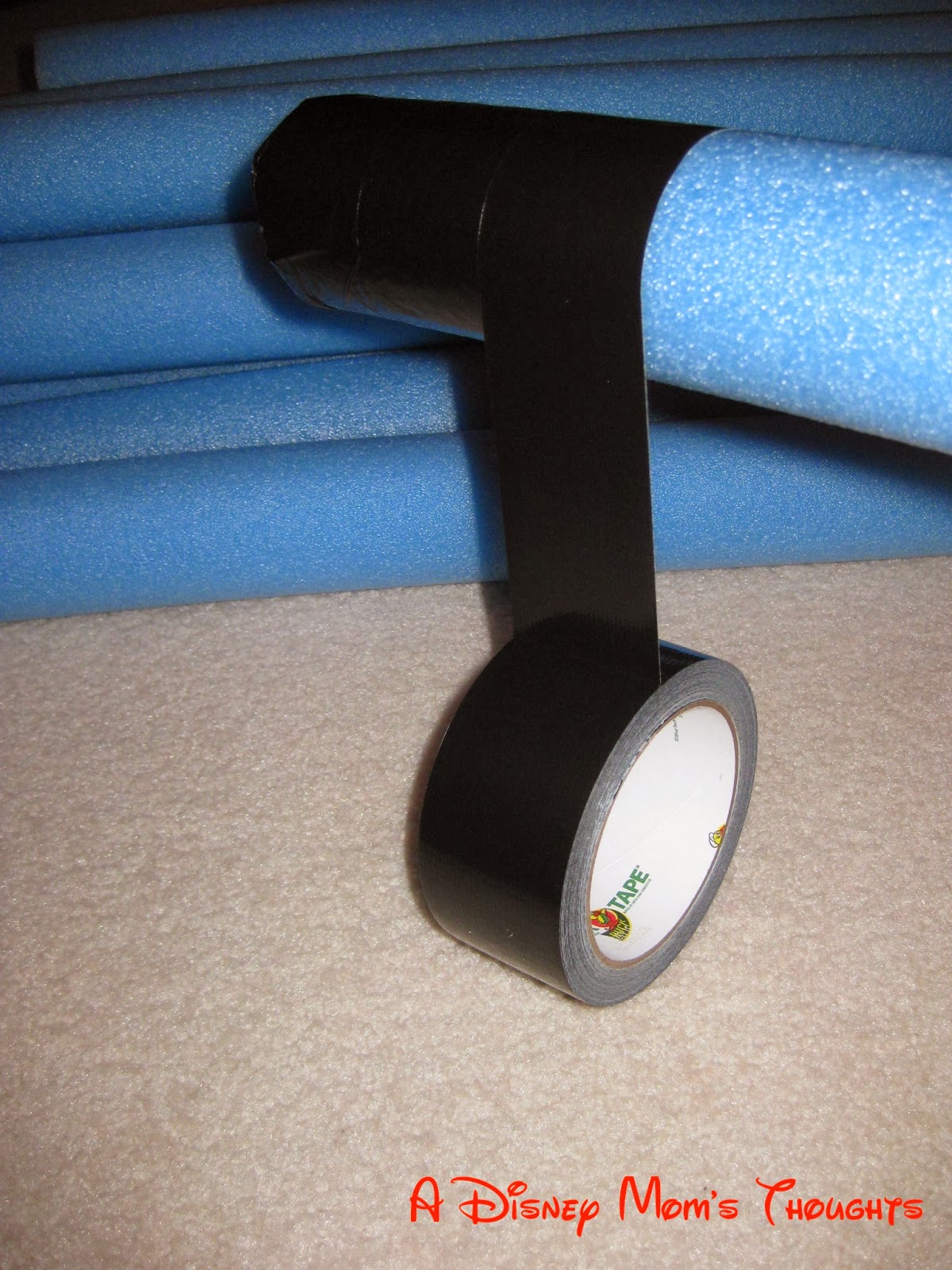 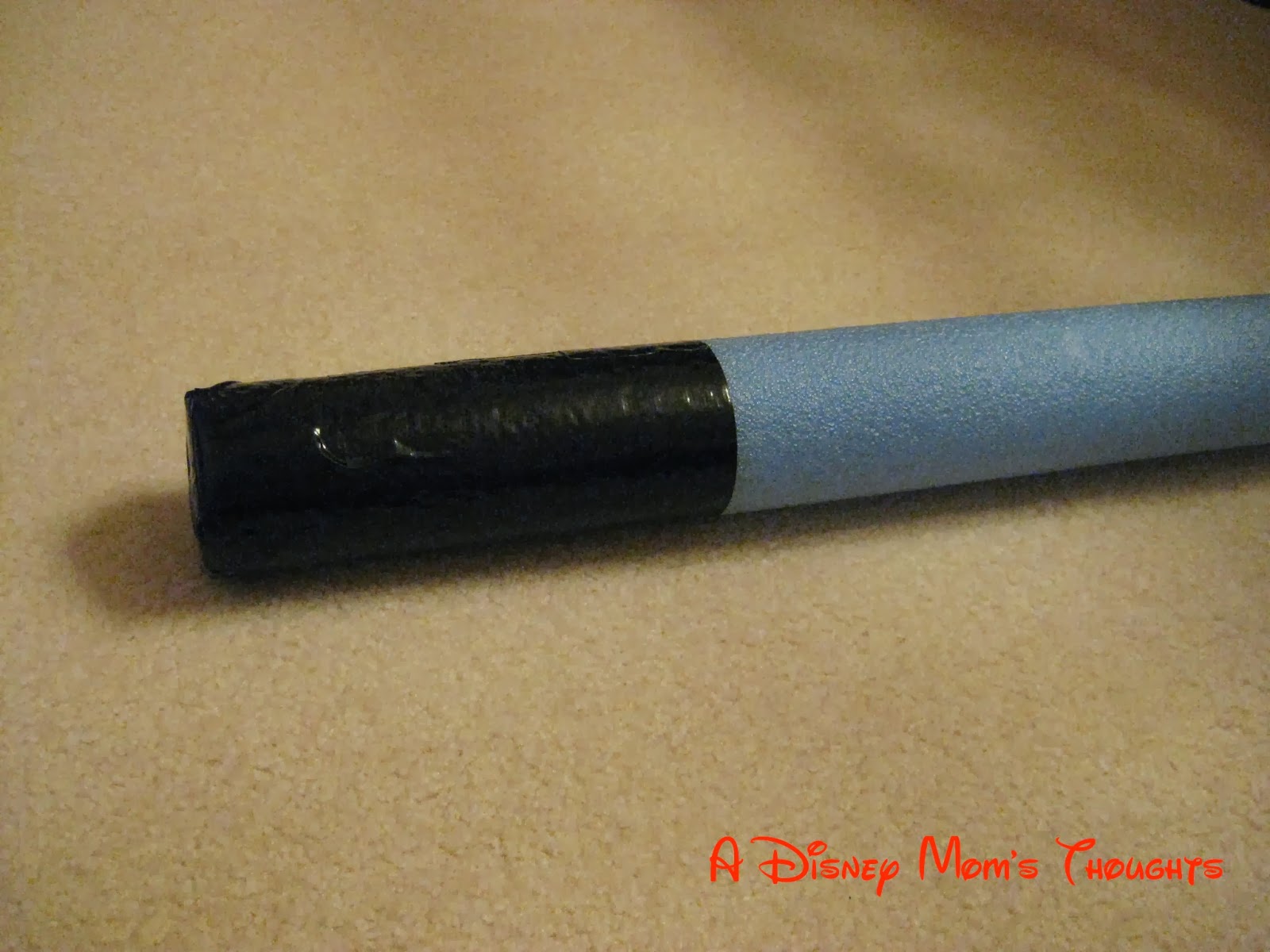 Once the handles were all taped, I started adding details.  My first plan was to use scissors and cut out cool designs for each Light Saber... then I remembered 1) I was doing this for a 5 year old (boy's, might I add) birthday party and 2) he wouldn't even notice if I did different designs on the Light Sabers and 3) most of these will end up in the trash or in the back of a closet in a few weeks anyway... so I just did the same boring design on each one! 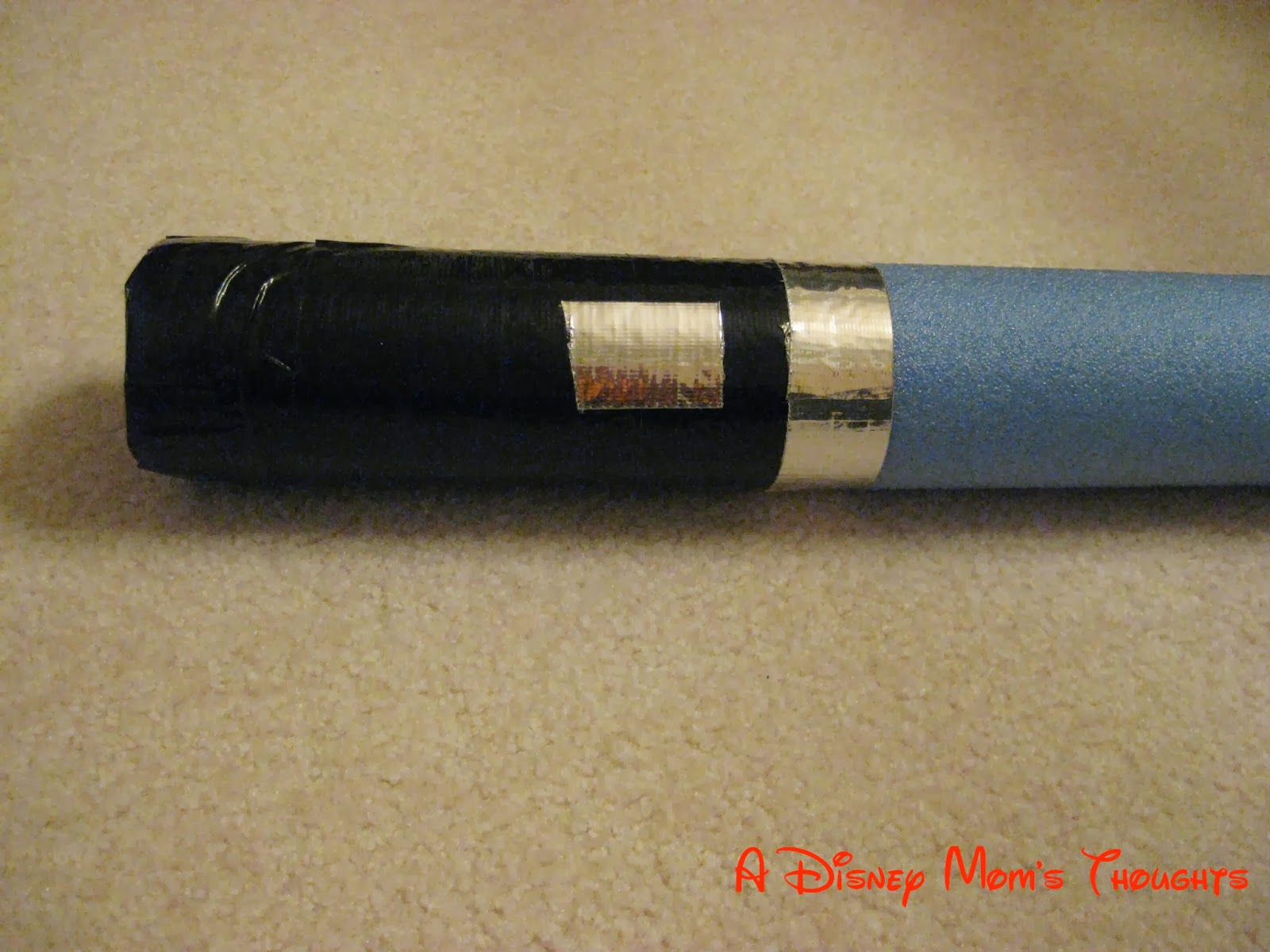 I used  silver duct tape for the designs.  First I tore the tape in long strips then tore each strip in half lengthwise.  I used one half to wrap around the base of the handle and the other half to wrap around the top of the handle where the black tape ended.  Then, with the remaining silver tape, torn in half, I tore small squares/ rectangles to represent buttons on the Light Saber. 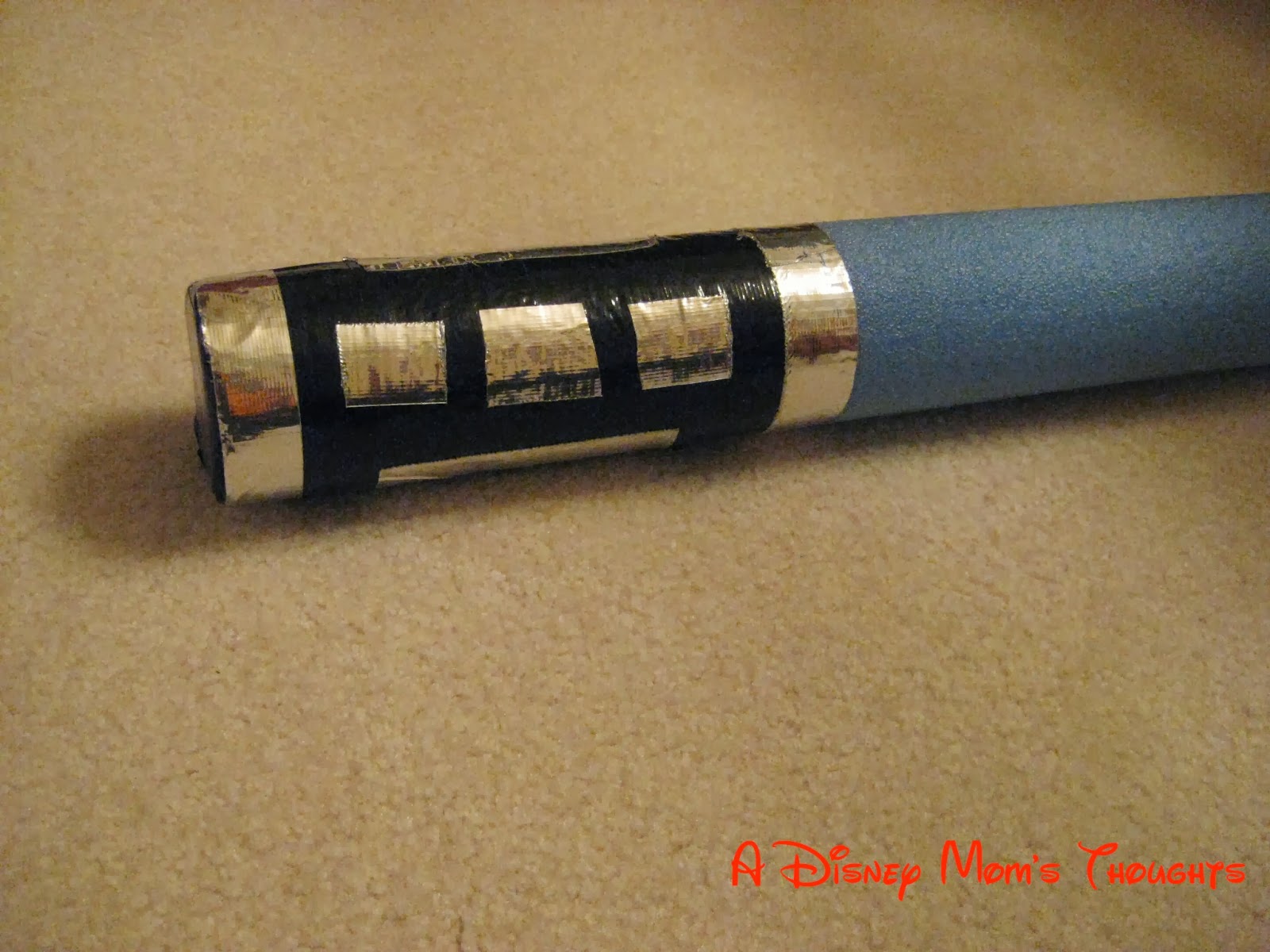 You can see with the final products that I ended up doing black handles with sliver buttons AND silver handles with black buttons.  That's as creative as I got with this project!  And guess what?  None of the 5 year olds even noticed some were black with silver and others were silver with black! ;) 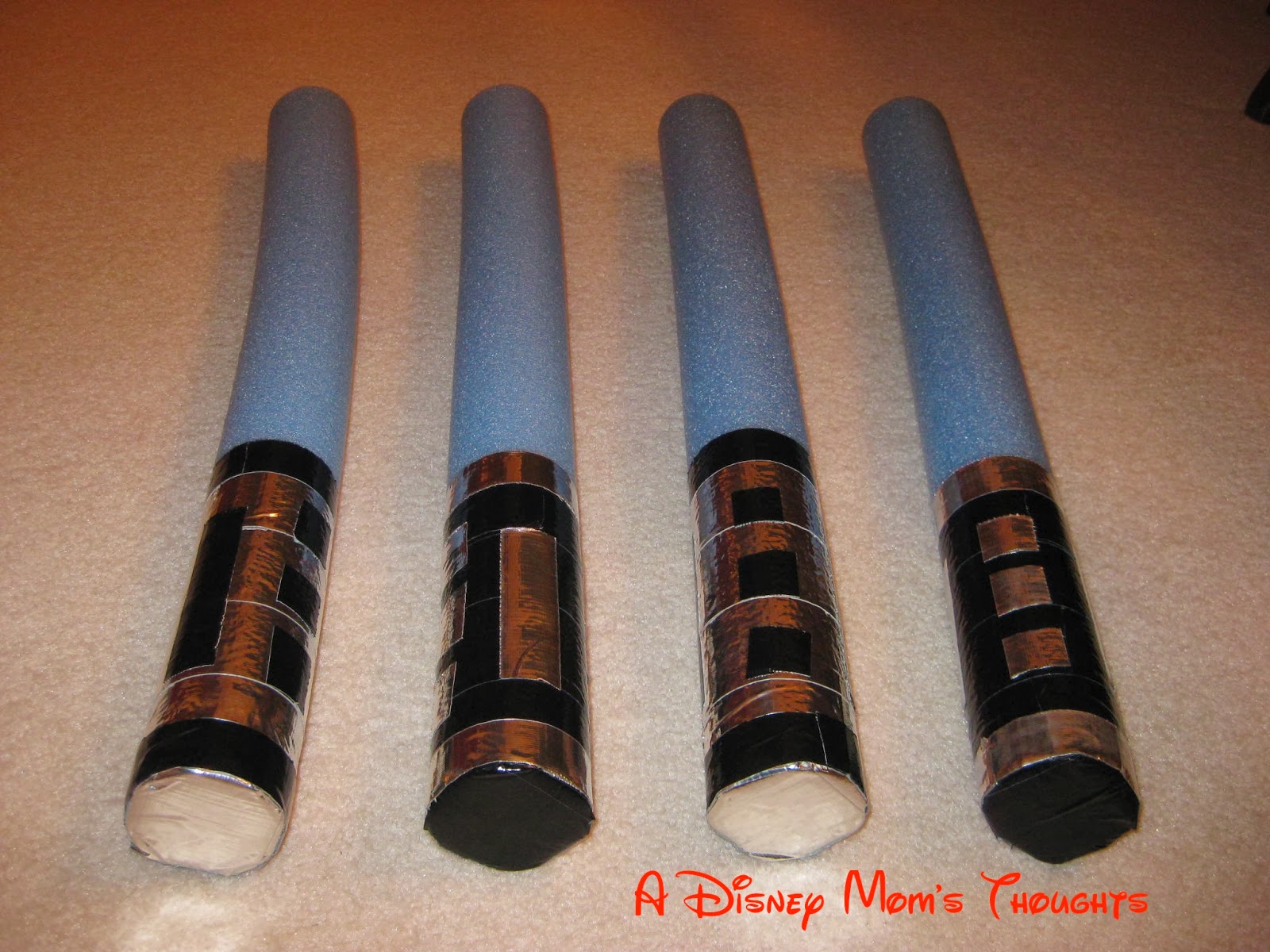