A #Frozen Kind of Day with Snow Cream 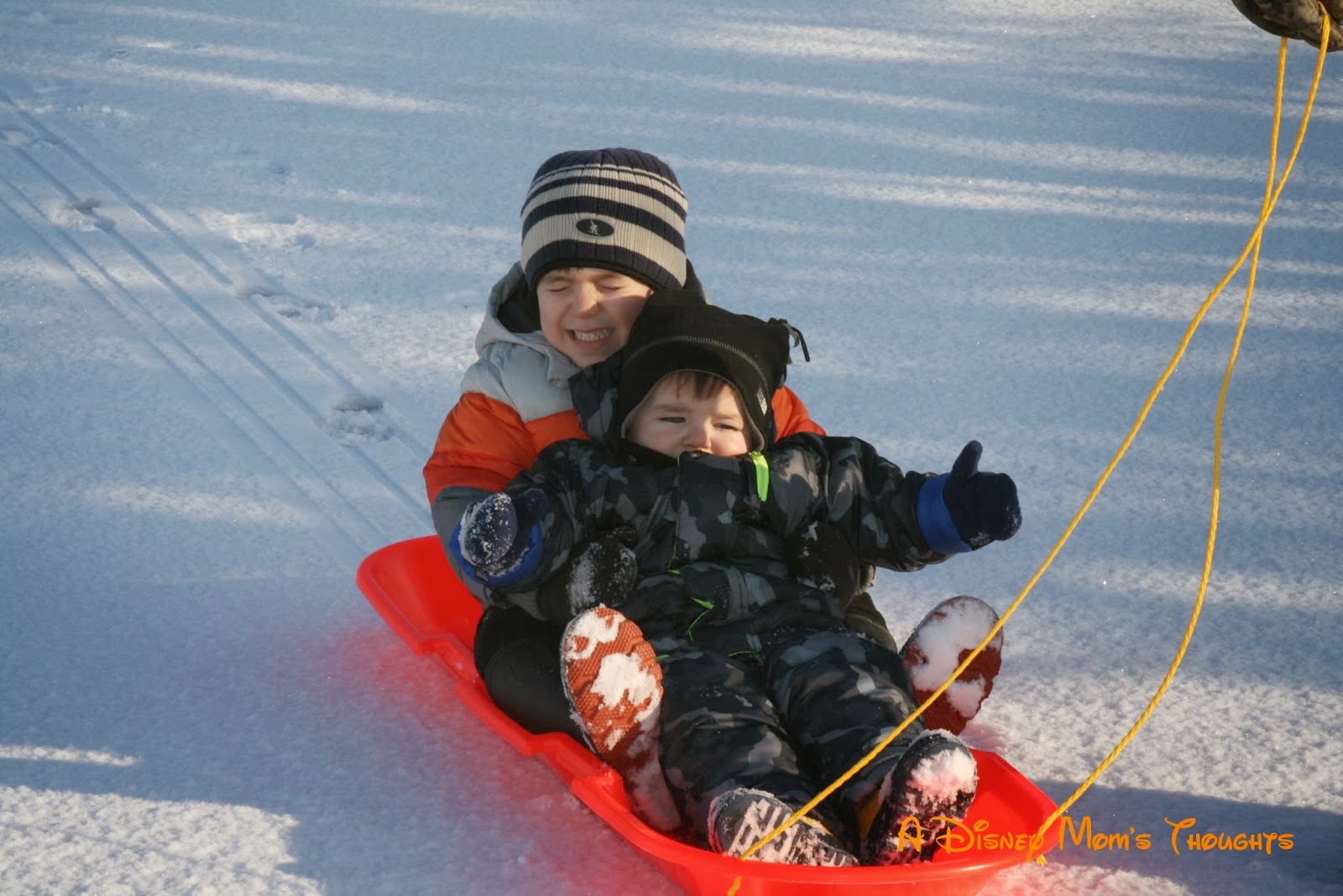 This has been a long week!  Monday was the day the youngest boy got tubes in his ears.  Tuesday we were ready to go back to school/ work and we woke up to a few inches of snow and school was cancelled.  Wednesday we were supposed to get snow all day (so school was cancelled) and it just rained... until 9:00pm.  Today we woke up to almost 7 inches of snow and no school.

I'm done.  I'm ready for "normal" to come back to North Alabama!  While I do like and appreciate the snow, I'm over it.  But since it was here for the day, we had to make the most of this cold white stuff all over our yard, bushes, cars and house.  We spent quite a bit of time pulling the boys in the sled and attempting to sled down the hill in the neighborhood.  We made snowballs and tried to make "Olaf" in the front yard.  The 1 & 5 year olds didn't have patience for that, so we didn't make a snowman. :(

Being a southern girl, I don't see snow very often.  Since I haven't been around a lot of snow in my life, I have never had "snow cream."  That changed today!  I searched the internet for a recipe and found one on Disney's Family Fun web site.  This was a sign that I had to make it since it was from Disney's site! :)

Directions
In a large bowl combine the milk, vanilla extract and sugar.  Stir until sugar is dissolved, about 3 minutes.  Stir in snow, a cup at a time, until the ice cream magically forms!  (I was skeptical of this, but it actually did "magically" form!)  Freeze for several minutes if desired before serving.


Yeah, they liked eating the snow more than the snow cream!

After eating the snow cream (and snow) we decided to have a "Let it Go" sing along and dance off!  As soon as the video camera came on though, it was over.  But trust me, Big E danced his heart out and C-man can sing like Idina!
Posted by adisneymomsthoughts at 10:48 PM