Disney's California Adventure Park opened on February 8, 2001.  This weekend this park will celebrate it's 13th anniversary.  We were fortunate enough to travel in 2010 to this park.  What an experience for our family!

When you first enter this park you will enter Buena Vista Street.  This area is themed to the 1920s and 1930s, when Walt Disney arrived in California with his dreams for the animation studio.  It reminds me a lot of the entry to Disney's Hollywood Studios at Walt Disney World.  In this area guests can eat at Carthay Circle Restaurant and Lounge or board a Red Car Trolley for a tour of Hollywood Land. 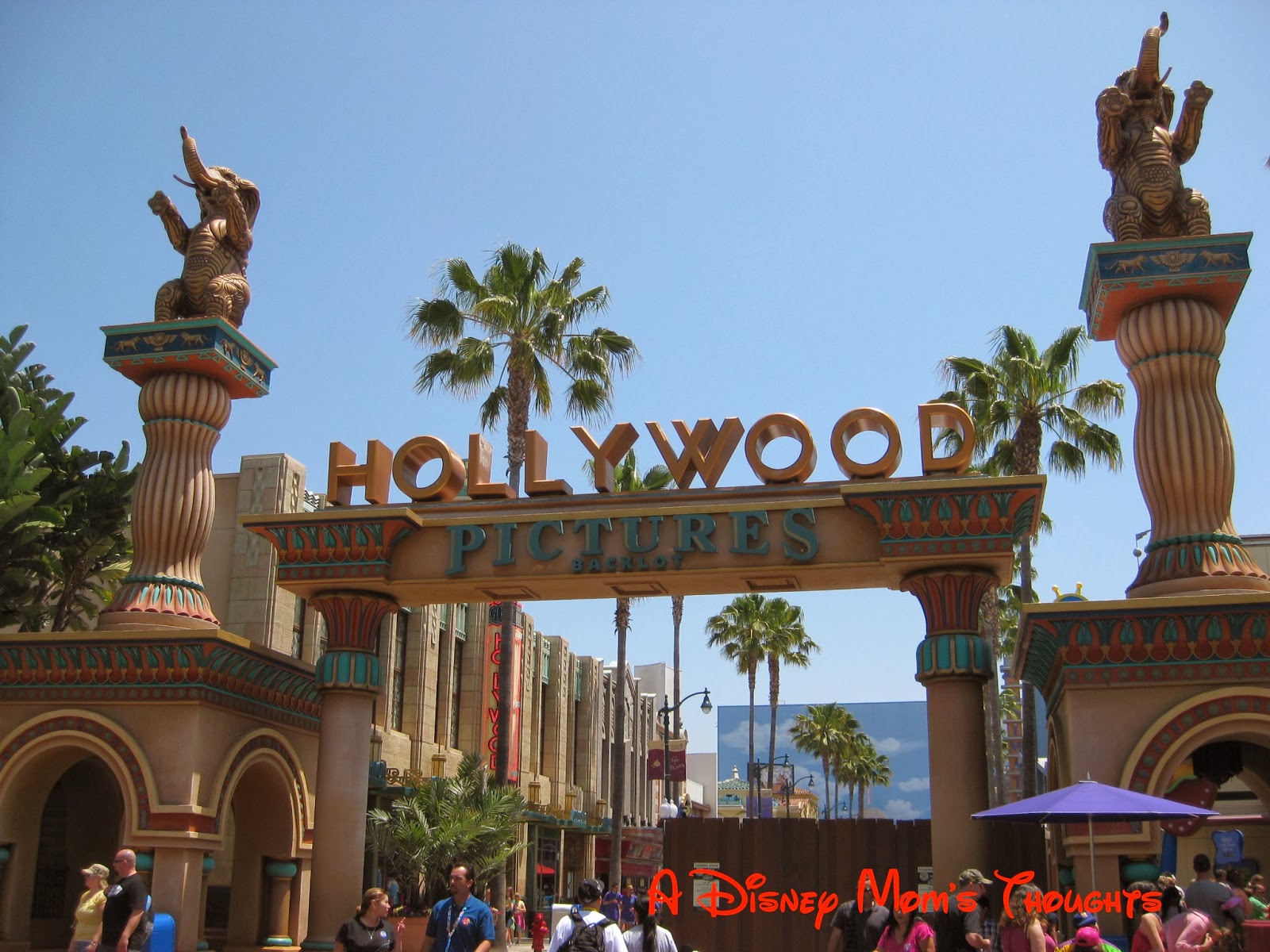 To the left of Buena Vista Street is Hollywood Land.  This is the Hollywood district of California Adventure.  You will find soundstages, backlot scenery, and entertainment.   This area takes a look at the "stripped down" side of Hollywood without all the makeup and glam. 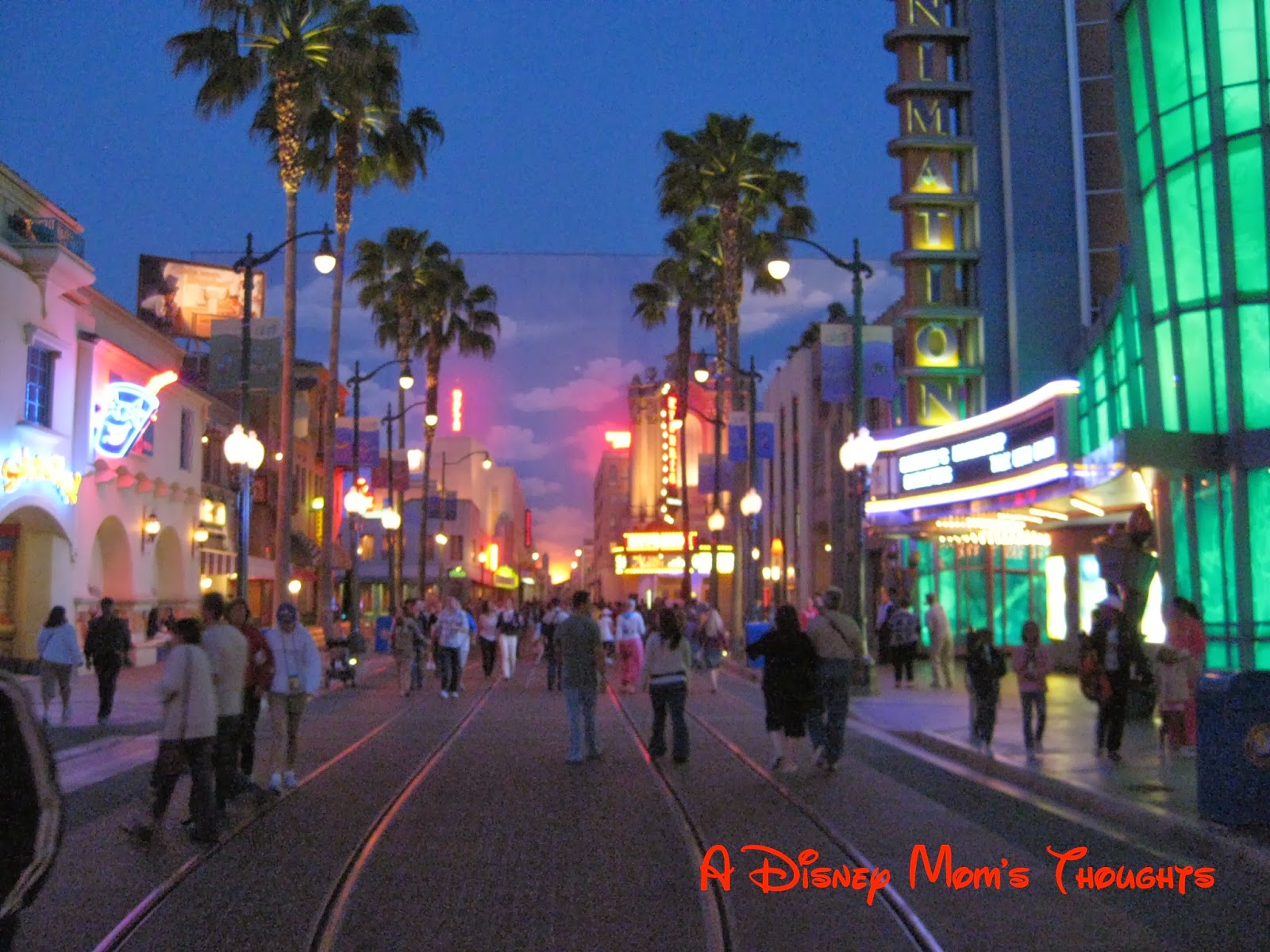 Some of the attractions you'll find at Hollywood Land are Muppet Vision 3-D, Disney's Aladdin- A Musical Spectacular, Twilight Zone Tower of Terror, and Disney Animation. 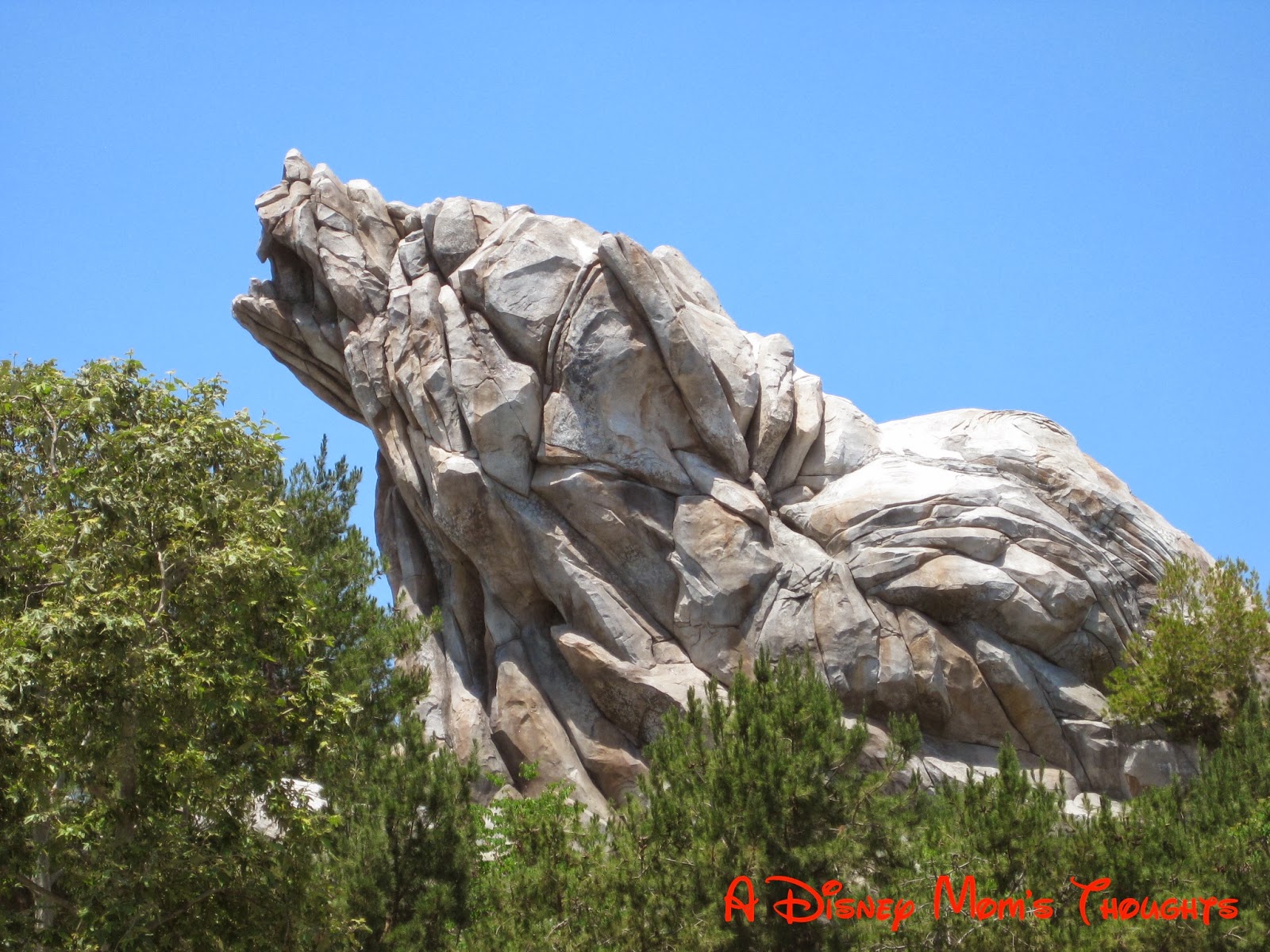 On the right side of Buena Vista Street is Grizzly Peak, Pacific Wharf and Condor Flats, formerly known as Golden State.  Grizzly Peak is designed to resemble a national park in the 1950s.  This area is where you can experience the Redwood Creek Challenge Trail and the Grizzly River Run.  If you want to get wet, ride Grizzly River Run!!  At Condor Flats, you can experience the original Soarin' Over California.  This is where the Epcot version originated.  Pacific Wharf is all about food!  You can visit The Bakery Tour or Walt Disney Imagineering Blue Sky Cellar.

Tucked away between Hollywood Land and the new Cars Land is "a bug's land."  I didn't get any pictures of this area, but it was adorable!  This is a special land for children all themed around "A Bug's Life!"  With the exception of the 4-D movie "It's Tough to be A Bug" (like at Animal Kingdom at Walt Disney World), this area is definitely for the youngest guests!  Here you can ride Francis' Ladybug Boogie, Flik's Flyers, Heimlich's Chew Chew Train or splash around in Princess Dot Puddle Park. 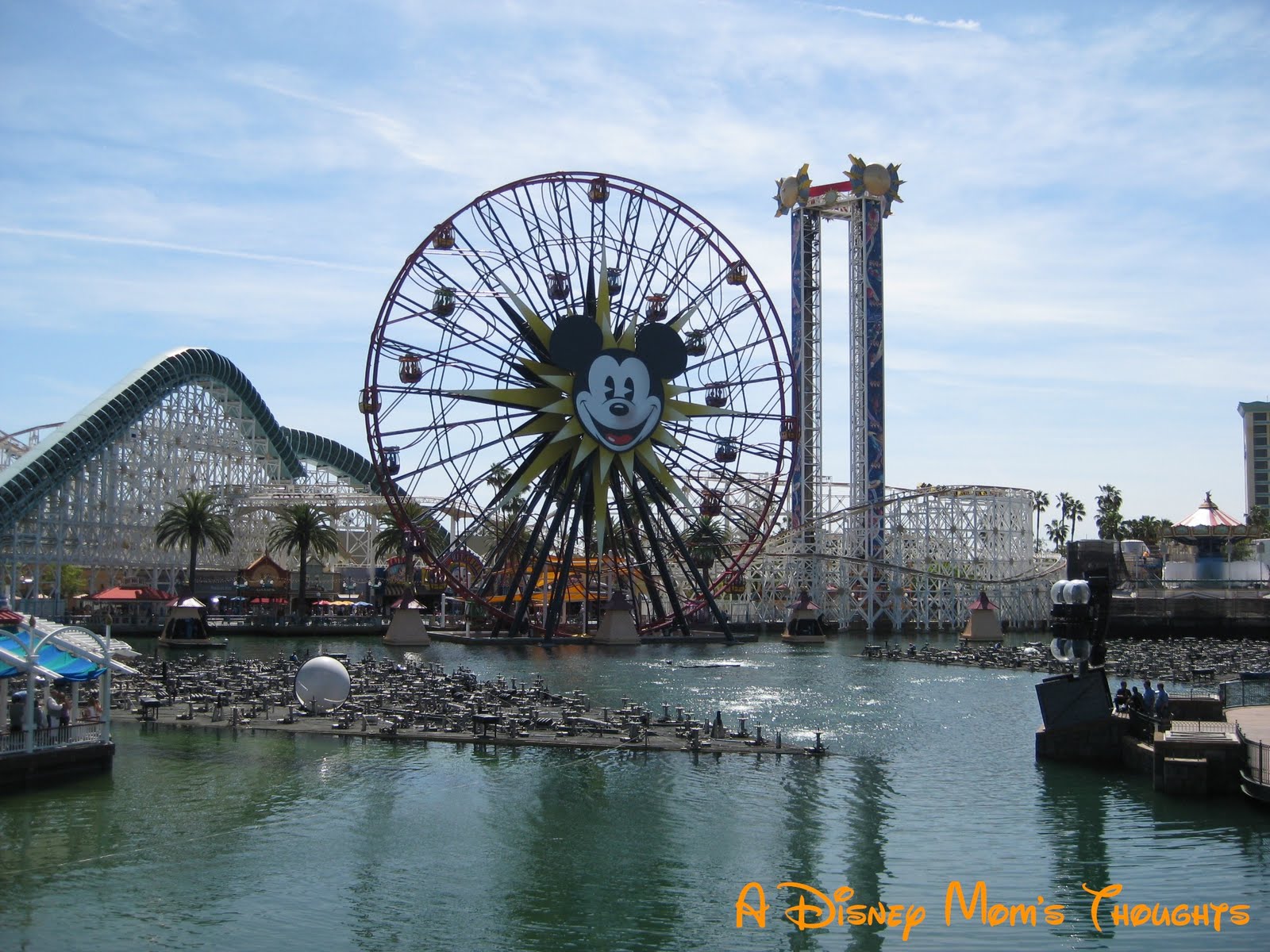 At the back of the park is Paradise Pier.  This was by far my favorite part of the park!  I think I could have stayed here all day!  This area is themed as a California seaside boardwalk from the past.  The rides offered are thrill rides yet very nostalgic.  Some of my favorite attractions here are California Screamin' (the BEST coaster in Disneyland or Walt Disney World), Toy Story Midway Mania (like Disney's Hollywood Studios), and Mickey's Fun Wheel.   Other attractions here are King Triton's Carousel, Silly Symphony Swings, Goofy's Sky School, Jumpin' Jellyfish, Golden Zephyr and The Little Mermaid- Ariel's Undersea Adventure.  At night, you can view World of Color- a beautiful water/ light show set to music.

The newest area to California Adventure, that wasn't there in 2010 when I visited, is Cars Land.  This area is between Paradise Pier and "a bug's land."   This area alone is enough for me to want to plan a trip back to Disney's California Adventure!  From what I've seen, it looks like you are literally in Radiator Springs.  In this area, you can race on Radiator Springs Racers, spin on Mater's Junkyard Jamboree or float & fly on Luigi's Flying Tires.  You can also visit Filmore's Taste-In, Cozy Cone Motel or Flo's V8 Cafe for snacks and meals.

Have you experienced Disney's California Adventure?  What was your favorite memory from this park?