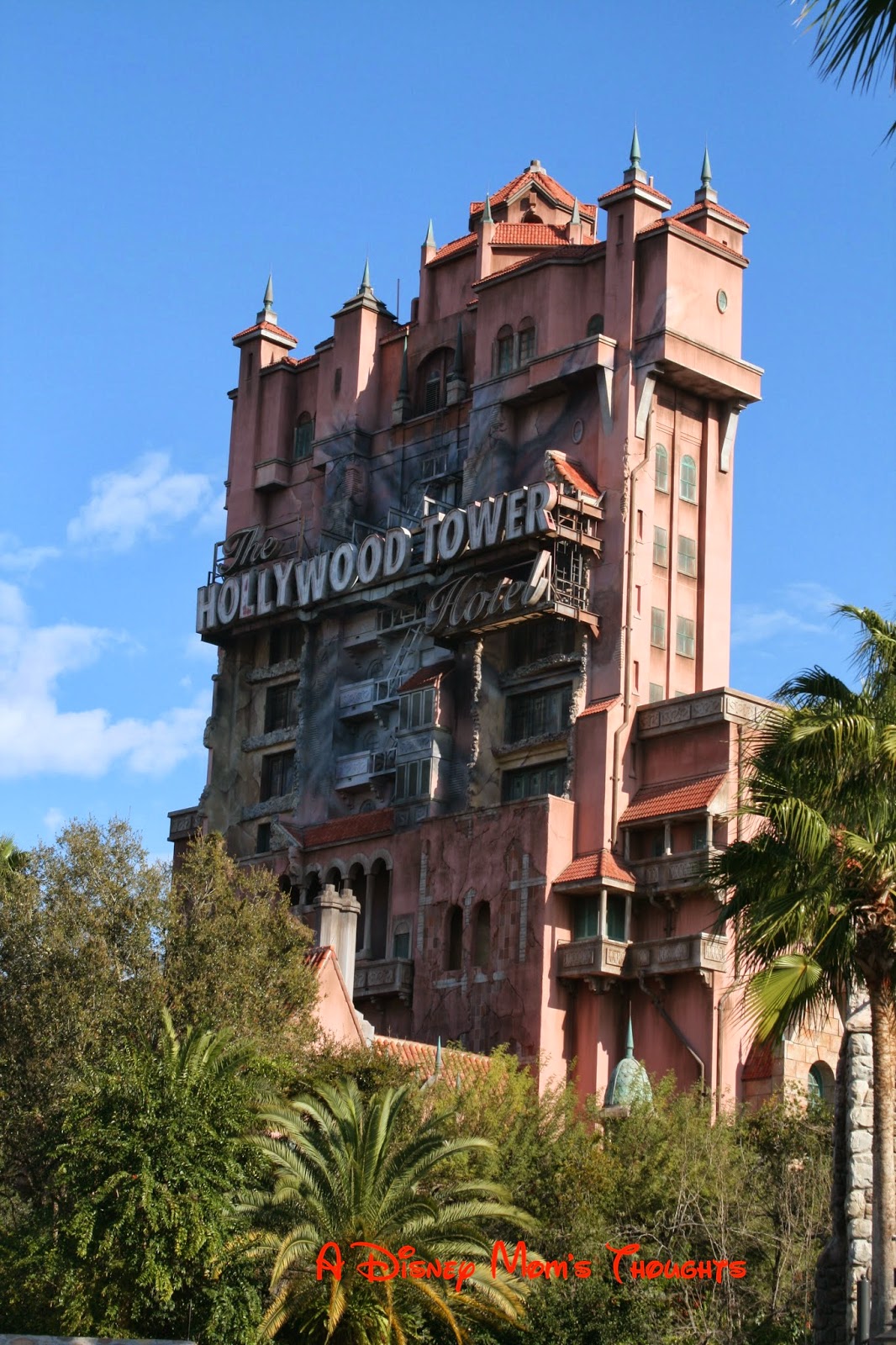 In 1939, on Halloween night, lightning struck the Hollywood Tower Hotel.  An entire guest wing and an elevator carrying 5 guests disappeared.  That's when the Twilight Zone Tower of Terror was born!

This attraction opened at then MGM Studios in July 1994.  At that time it only had one big free fall drop.  In 2002, Imagineers reprogrammed the ride.  Since then, computers control the ride and each ride has a unique drop sequence.  You may drop a few times or a lot of times.  You may have a bunch of short drops or long drops.  It's up to the computers!  With one big drop in the 90's to multiple drops now, this has always been one of my favorite attractions at Walt Disney World!

This ride is five minutes long from the time you are seated.  After walking through the lobby of the hotel, guests will enter the library where Rod Serling invites you to enter the Twilight Zone.  (Imagineers watched all 156 Twilight Zone episodes twice for inspiration in designing this attraction!)  After the library, you will be escorted to the boiler room where you will enter the elevators.  If you are scared and want to bail on the ride, now is your chance!

Once you are secure in your elevator, you will start ascending.  When the doors open the first time, you will see the 5 guests who vanished in 1939 as ghostly apparitions.  You will ascend again and the doors will open as you move forward into "another dimension."  That's when you know you're about to enter the drop sequences!  You will be about 157 feet up as you drop 13 stories (about 2 seconds) then slingshot back up and drop again... and again... and again!

Tips:
Posted by adisneymomsthoughts at 7:00 AM