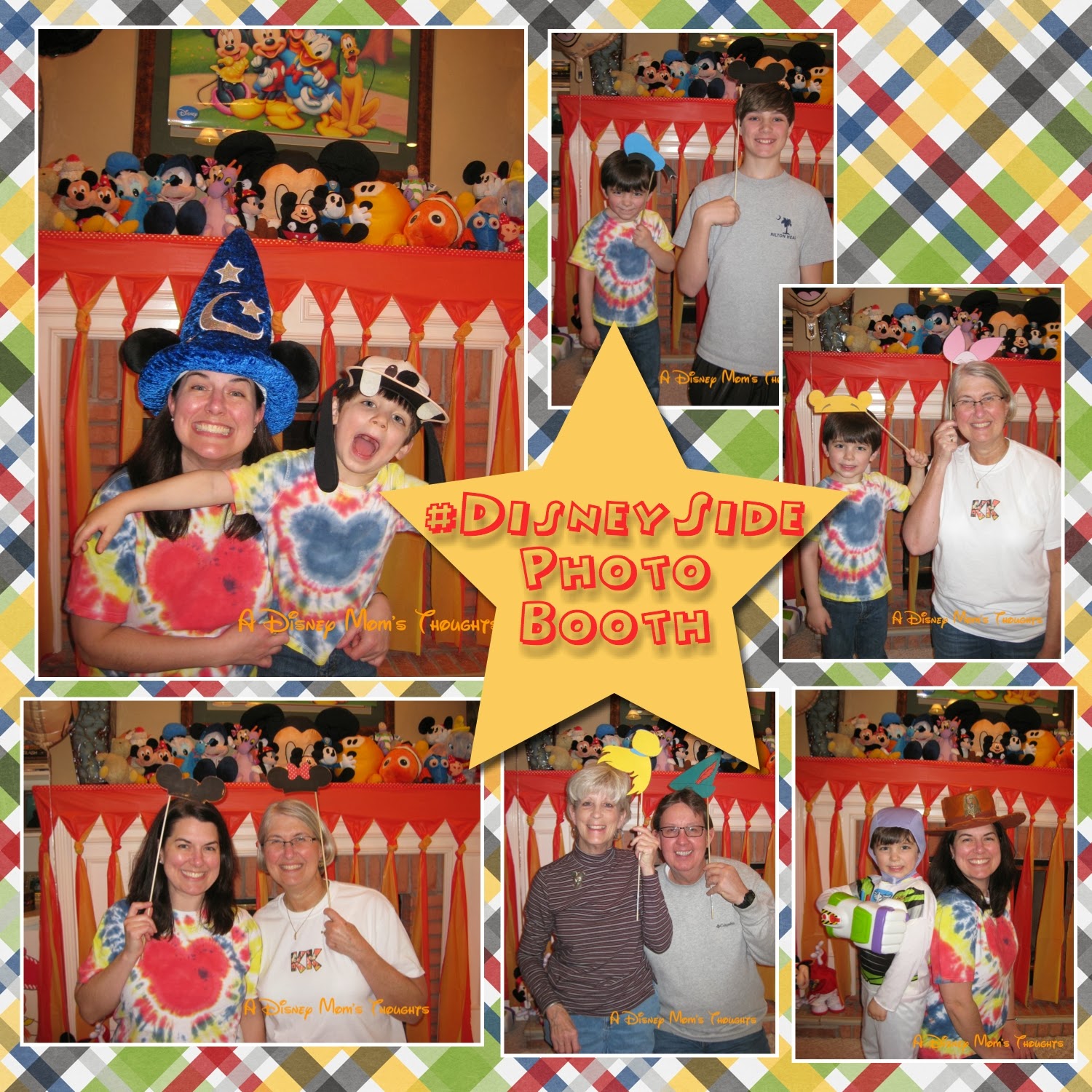 Sometimes life has different plans from you.  That happened to us on Saturday.  We I have been planning and working on our #DisneySide @Home Celebration for several weeks now and the big day was March 1... the last day of the window when they asked us to host our party.  Thursday night hubby had a fever.  Friday the tummy bug hit.  At noon on Saturday, I sent a text letting our guests know the situation but that the party was still on for 3:00.  After several replies saying others were sick or had to visit family in the hospital, I decided to postpone.

Our #DisneySide party will be NEXT
Saturday, March 8 from 3-5! When I told C-man our party was going to be on a different day, the waterworks started.  He didn't understand. So, instead of completely canceling today's party we had a "Soft Opening" with the grandparents!  We decorated cookies and cupcakes.  We played Disney Bingo and answered some of the trivia questions.  We took pictures with the props.  We tried to do Disney puzzles.  I already have ideas for our party next week that weren't originally in my plans.  As it turns out, 5 year old C-man said the games were pretty boring.  He did NOT like the trivia game!  He wants "more fun" games.  This week, I've been given a gift!!  My party is planned, so now I have time to plus it! :)