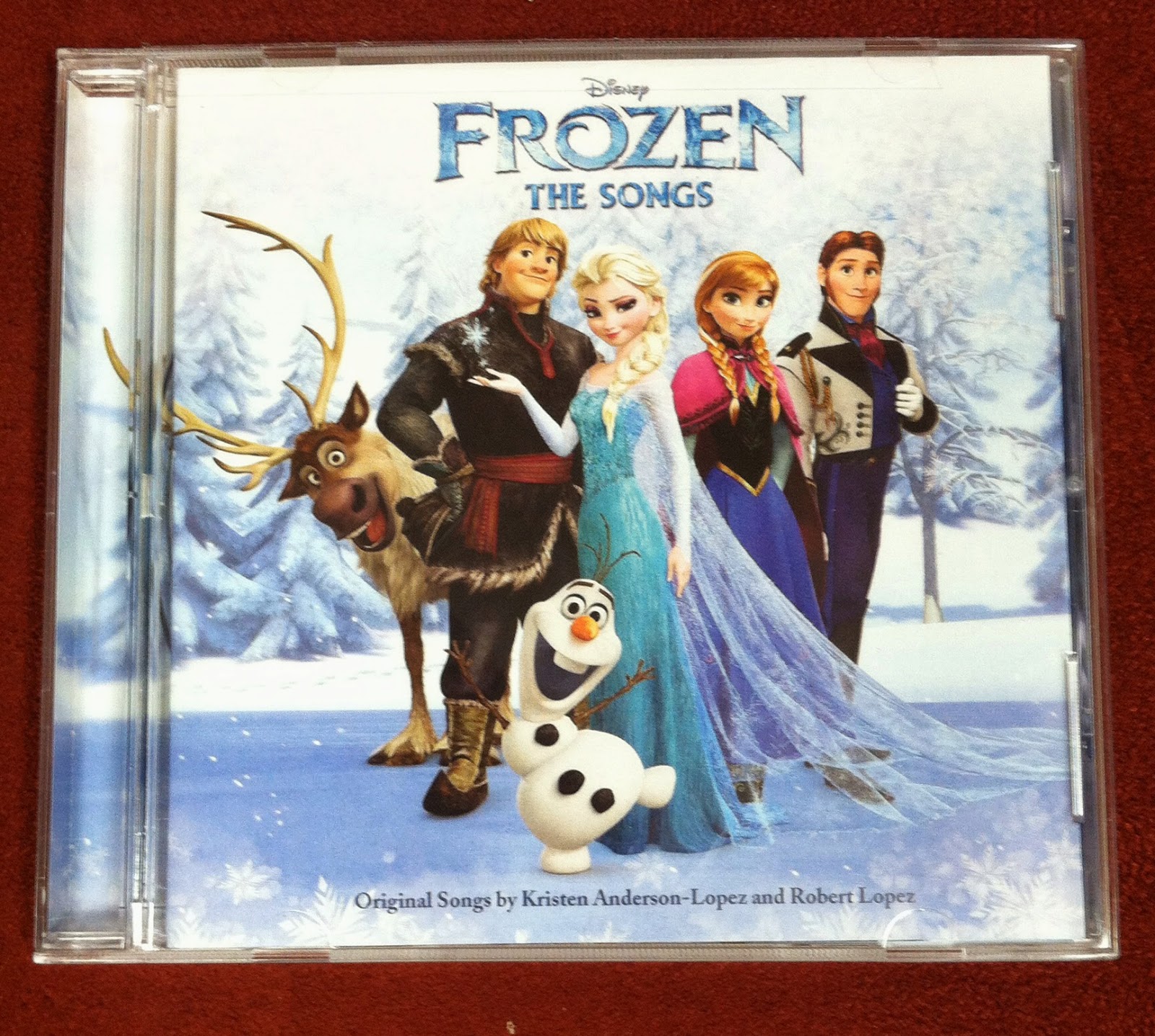 I was sent a complimentary copy of Frozen: The Songs for review as part of Entertainment New Media Network. This giveaway is sponsored through the network by A Disney Mom's Thoughts with prizes provided by Walt Disney Records. The opinions here are my own. This post contains an affiliate link.

Even though we are a family with all boys, we love Frozen!  We can't get enough of it.  I recently downloaded the entire Frozen album to my iPhone when it was on sale at iTunes.  My youngest boys have burned it up on my phone!  When I was offered the opportunity to receive a copy of the CD to review, I jumped at the chance!  This way, we could listen to the CD in the car and my iPhone battery could be preserved.

Walt Disney Records is releasing Frozen: The Songs featuring all 10 songs from the Oscar ®-winning film TODAY, September 30, 2014!! The specially priced Songs CD also includes a fold-out poster and stickers. The Frozen soundtrack is the top-selling album of 2014 and spent 33 consecutive weeks in the top 5 on the Billboard 200 chart, including 13 consecutive weeks at No. 1. It is certified triple Platinum, selling more than 3.2 million units and over 8.4 million tracks.  To say this album is popular is an understatement! 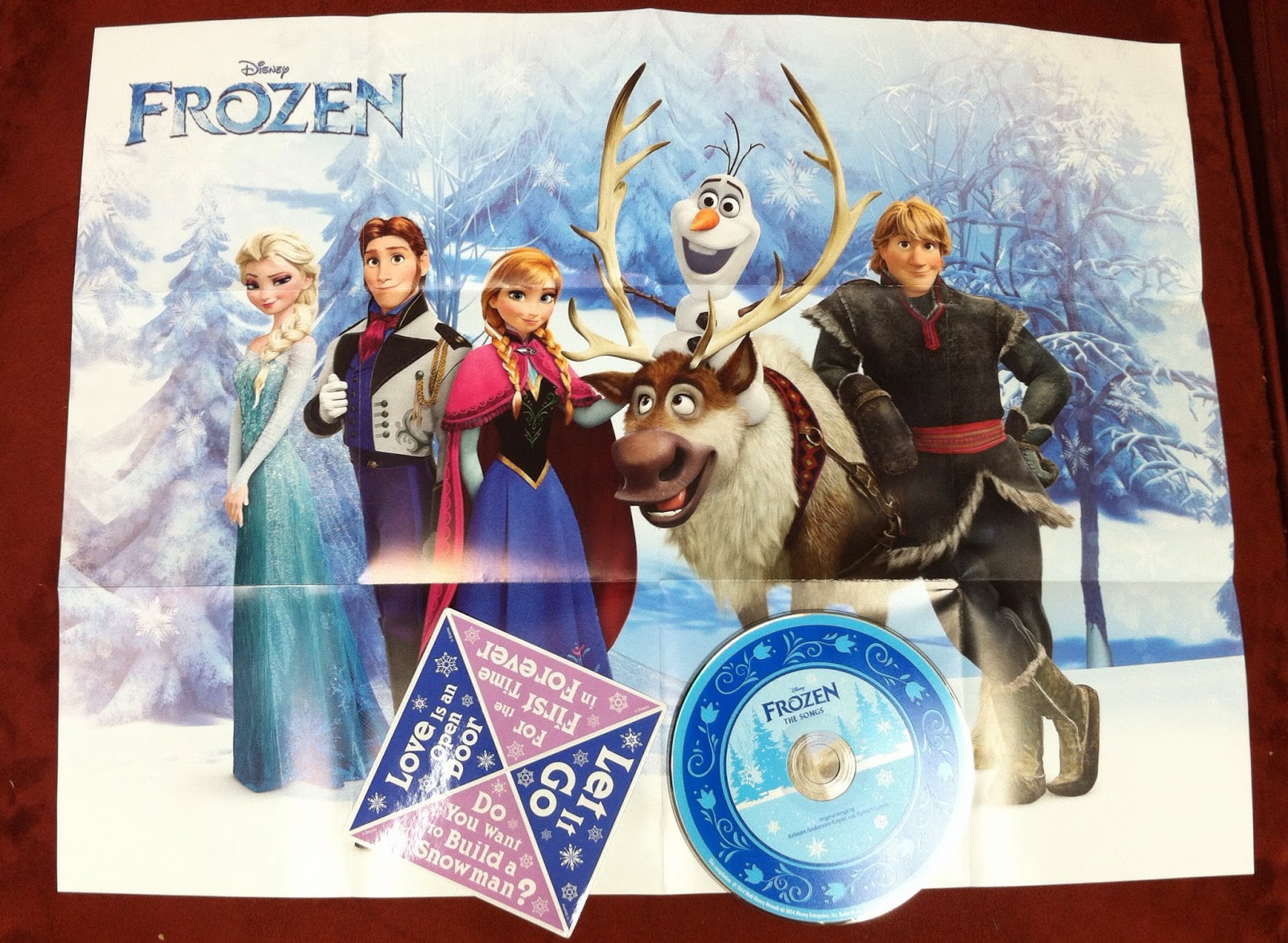 When we first listened to this album, we were so excited!  My boys (ages 5 & 2) were singing along as best they could.  They were both already familiar with the songs from watching the movie and listening to my iPhone, but it was different hearing it through "real" speakers! It's obvious my older sons favorite song is "Frozen Heart." He actually said he wants to be an ice man when he grows up now.  That's a manly song to him! :)  My youngest still loves "Let It Go" or "letta doe" as he says.  My favorite is still "Do You Want to Build a Snowman?"  I'm not sure why it's my favorite, but it is.  My favorite part is when Anna says, "It doesn't have to be a snowman...". 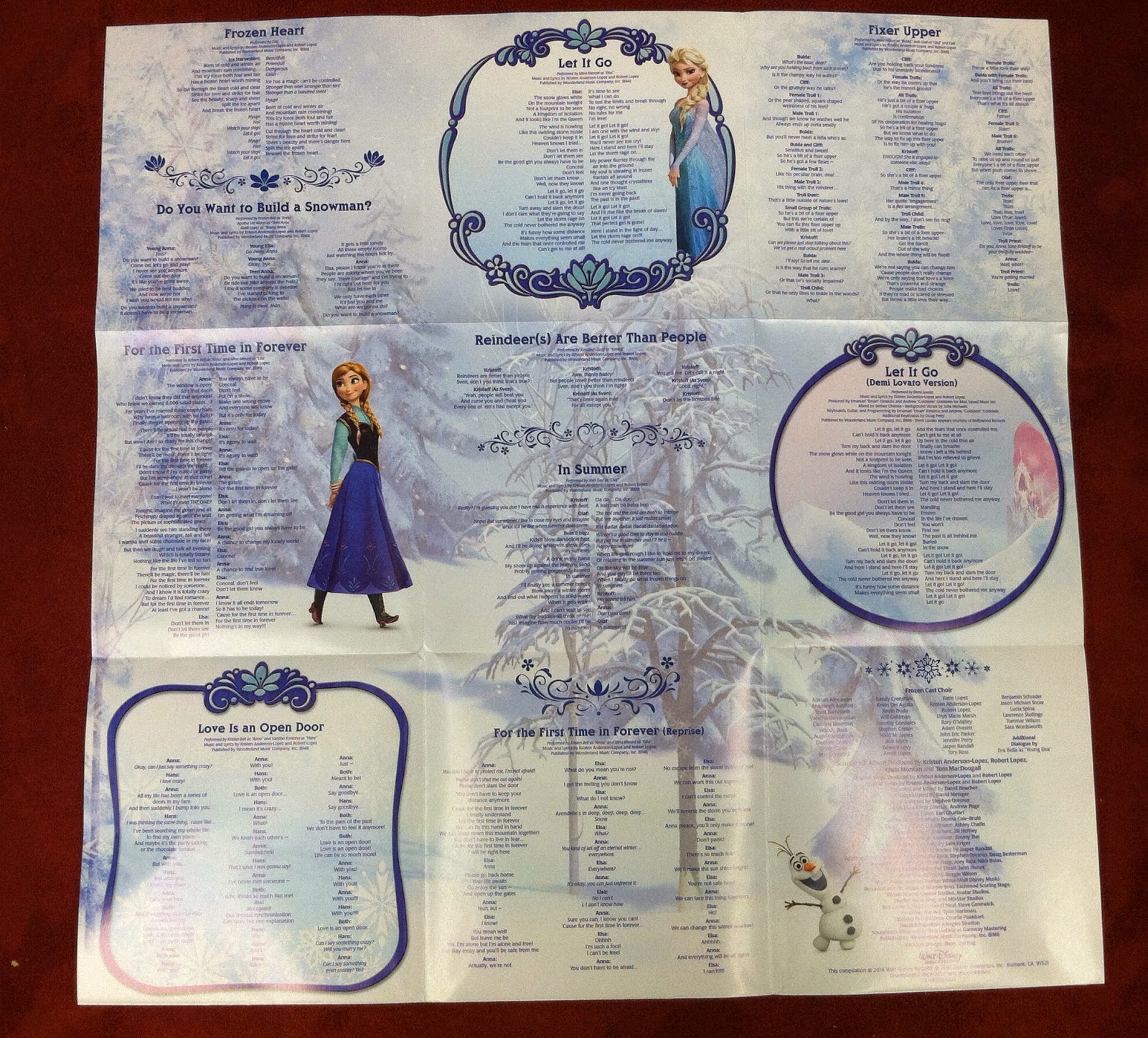 The song sheet with the lyrics is the best!  I'm notorious for making up my own lyrics when I can't fully understand what is being sung so this addition was perfect for me.  My boys like the poster, but since it's mostly for girls (yuck!) it won't be hung on any of our walls.  We'll just keep it to look at and read the lyrics.  And the stickers??  I've already had to remove them from places where they shouldn't be!


Frozen: The Songs, Frozen: The Songs Vinyl Soundtrack, Frozen Canciones de Una Aventura Congelada and the Frozen Score digital album will be available on September 30, 2014. The Songs album and vinyl are now available for pre-order at Amazon.com:

For more information on Walt Disney Records’ releases, like on Facebook or follow on Twitter. To purchase Disney music, visit the online store at www.disneymusicstore.com.If you want to enter to win you own copy, please enter the Rafflecopter giveaway below!

Posted by adisneymomsthoughts at 12:00 AM