OVER THERE Words and Pictures by Steve Pilcher {Review} 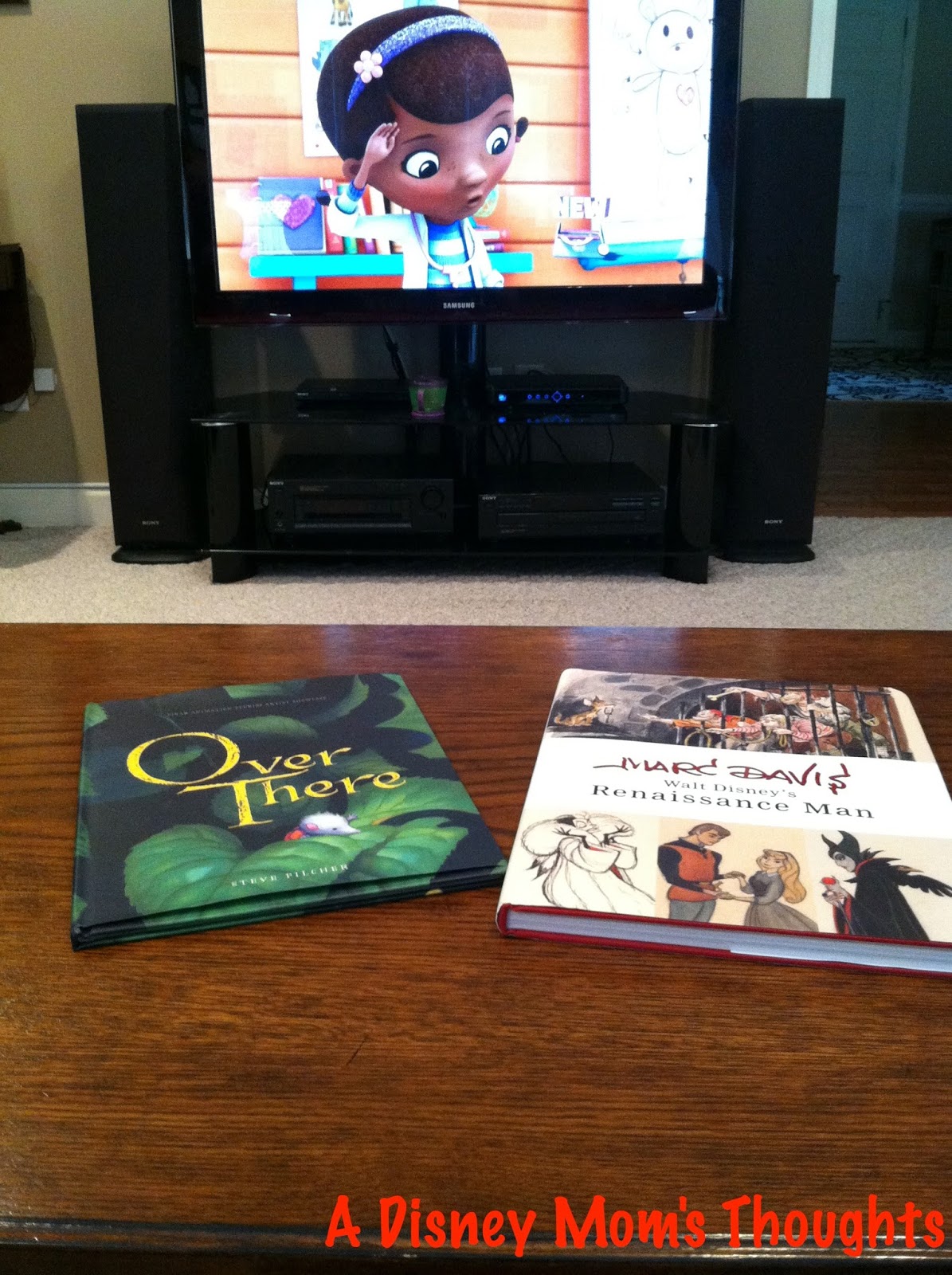 Recently, I was asked to review the book Over There by Steve Pilcher which comes out today, September 23, 2014!  This book is a children's book written for ages 3-5 but great for all young readers of all ages to read.  It's a sweet story, complete with beautiful illustrations, about a small shrew named Shredder who loves his life and home, but feels there is something missing.  He heads out to search for something sparkly he sees in the distance.  While searching for the sparkling object he not only finds a friend, but courage.

When we first received this book, but boys (ages 2 & 5) were not excited about it.  I could not convince them to let me read it to them.  It was not a "traditional" Disney book they were used to.  It was not a familiar character they see on TV or in cartoons and it sure wasn't Star Wars!  Finally, after several days of asking, I finally made them sit and listen.  Like I suspected, they both loved it!  My 2 year old continued to say "Mo, mo, mo!" Translation: "More, more, more!"  My 5 year old loved to sit with the book and look at the pictures.  He discussed the detail in the artwork the most!  Since the first "forced reading" of Over There, this book has become a favorite at bed time!

Born in Brockville, Ontario, Canada, Pilcher is a self-taught artist who began his career with a solo art exhibition of his work in 1974 at the age of 19. This show prompted the Art Gallery of Hamilton to invite Pilcher to create a solo art show. He was the youngest artist ever invited to show at this gallery, and the show sold out in less than an hour. Despite his success in the exhibit gallery field, Pilcher felt the need to explore more with his talents.

In 1978, Pilcher illustrated his first children’s picture book called, “Norbert Nipkin,” which has become a Canadian classic for kids. He continued to exhibit and show his work, but eventually decided to devote his time to illustrating more picture books. Pilcher wrote and illustrated his first book, “Elfabit.” He went on to join two of his colleagues in the publishing world to form an art-house where they produced and art directed a variety of illustration work for the educational publishing market in Canada and the United States.

Pilcher continued to work in Toronto, Canada as a commercial illustrator, creating a wide variety of artwork for children’s books, editorial, advertising, packaging and film animation clients. After completing a freelance project for Kroyer films in the United States, Pilcher was invited to join Warner Bros. Feature Animation as an Art stylist.

Pilcher was nominated for an Annie Award from ASIFA-Hollywood for his production design work on the Warner Bros. animated film “Osmosis Jones.” He also contributed his illustration talents to the one-sheet poster for Brad Bird’s “The Iron Giant.” Pilcher worked as an art director at Dreamworks Animation on “Shrek 2,” and briefly freelanced at Disney Feature Animation, before coming to Pixar.

Pilcher currently lives in the San Francisco Bay Area with his wife and their two children.