Disclosure: I was sent the Oxygenics Disney Mickey Mouse Shower Head to review on my blog. All opinions expressed are my own. 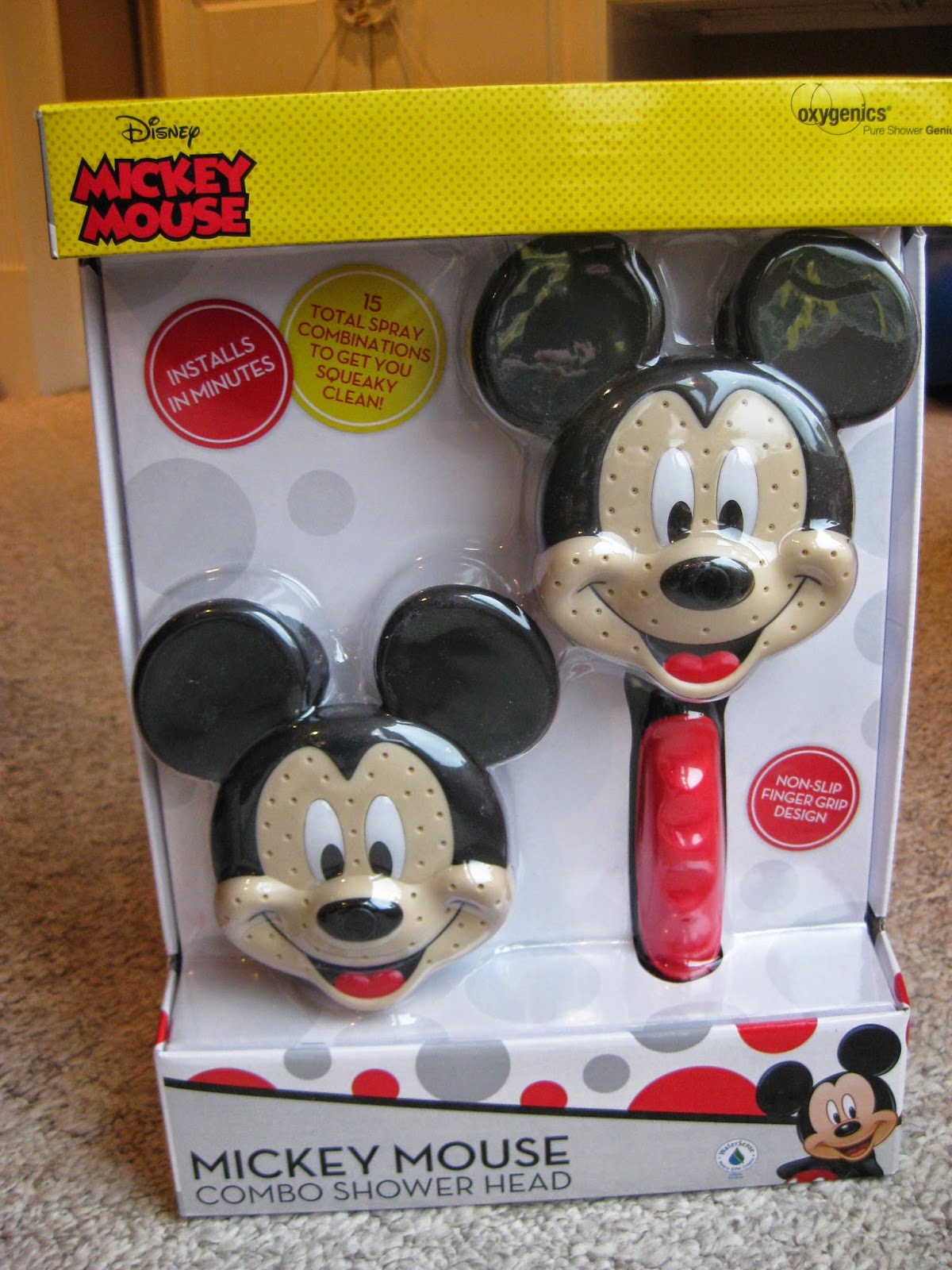 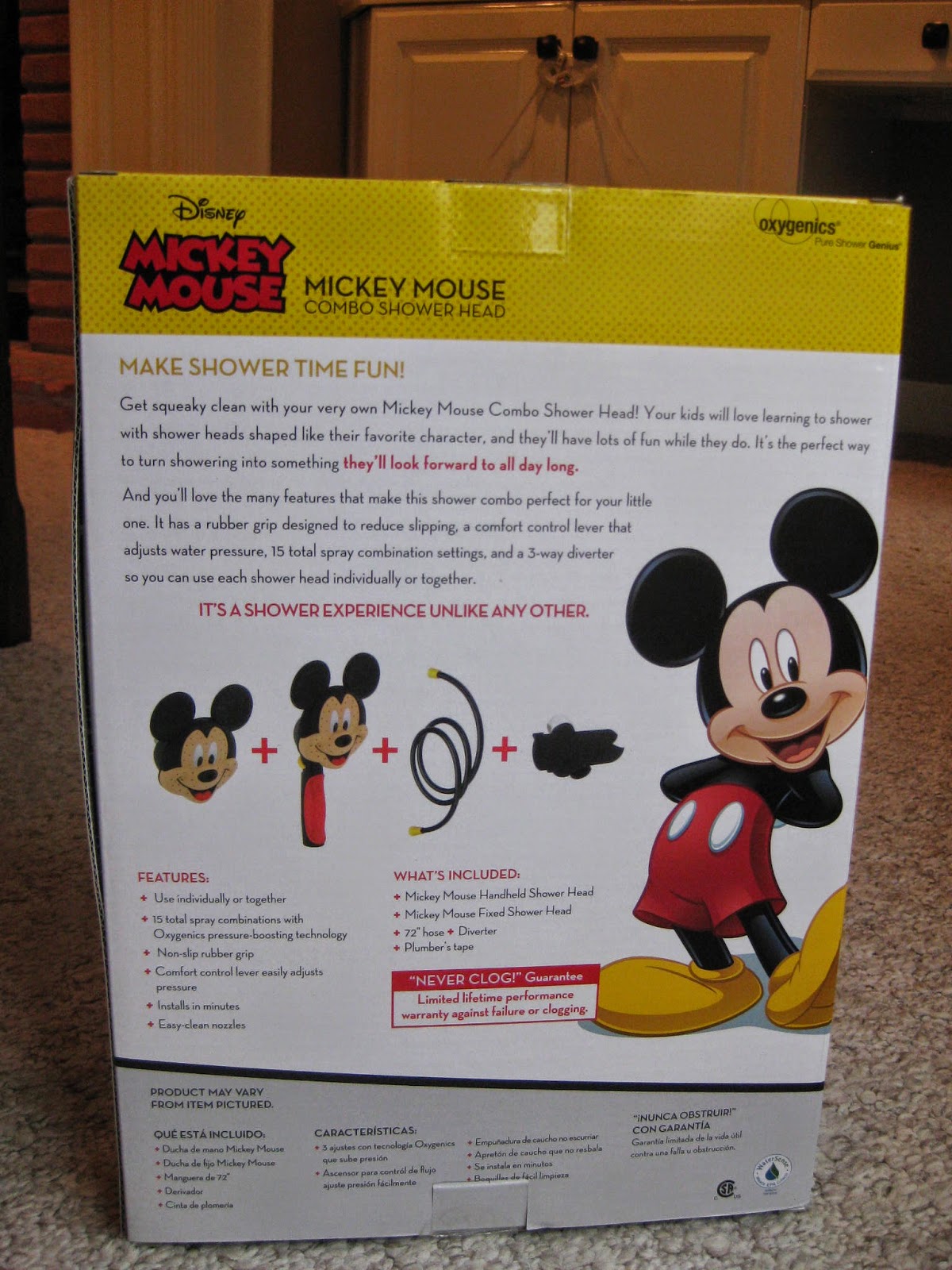 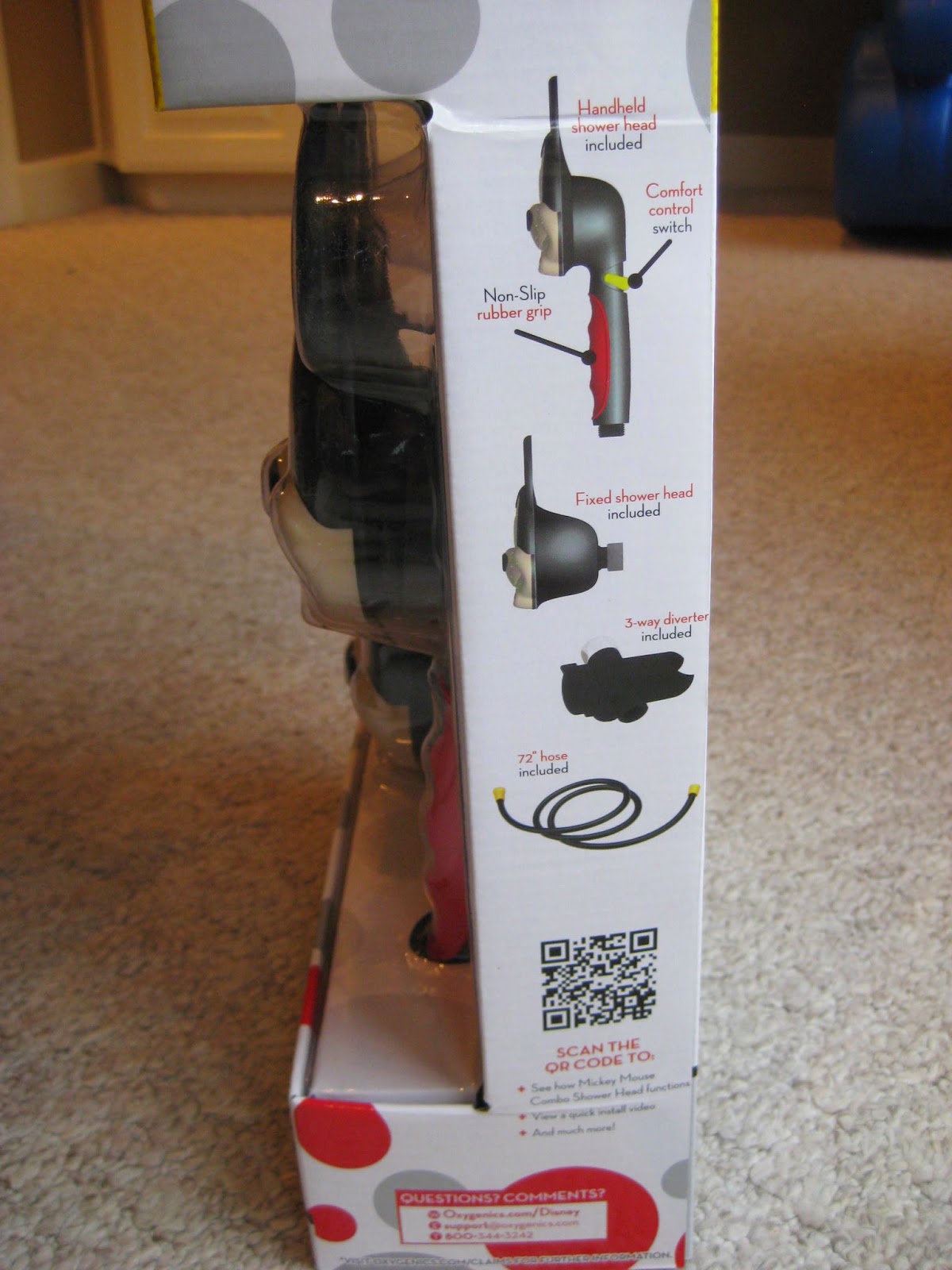 Our youngest boys love bath time. Each night they rush to the bathroom to get in the tub and get a bath.  They love the bubbles, the toys and the splashing.  However, my youngest does not like having water poured over his head so I can wash his hair!

Recently, this bath time problem was resolved.  We were given the Disney Mickey Mouse Combo Shower Head from Oxygenics to review.  First, the shower heads were very easy to install. It literally took minutes to take our old shower head off and install the combo shower head.  The only tool needed is Channellocks.  If you don't have access to this tool, pliers or vice grips will work.  The plumbers tape was included with the shower head and the instructions were easy to follow as well.

After using this shower head for several nights, we definitely have thoughts about this product! My youngest boys, ages 2 and 5, love it.  They love having Mickey Mouse in the bath with them, the different sprays from the shower head, and the novelty of having 2 shower heads.  However, my 14 year old son does not like it! Having Mickey spraying water out of his head onto a 14 year old is not "cool."  In fact, it's a bit babyish.

As the mom using this combo shower head to bathe my boys there were several things I liked the most about this product.
There were also a few things I liked the least about this product.
Features of the Oxygenics Mickey Mouse Shower Head:
Overall, we really enjoy this shower head.  It made bath time fun again for both of my boys and the youngest didn't cry when it was time to rinse the shampoo.  The features on the shower head(s) that allowed for all the different combinations were a hit.  Having Mickey Mouse in the bath tub with us was awesome!  It made coming home from Walt Disney World a bit easier knowing Mickey would be with us every day in the bath tub!
If you are interested in purchasing this product, you can buy it direct from Oxygenics or look for it at your local Sam's Club in the near future.