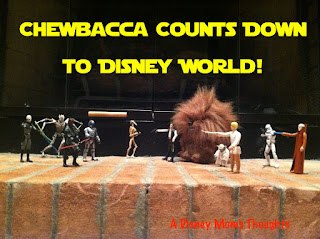 We were at Walt Disney World May 28- June 2, 2015.  Our main purpose for this trip was to experience Star Wars Weekends at Disney's Hollywood Studios. This was actually my son's Christmas present.  He and I traveled down together, along with my mom, for the long weekend.  We were so excited about this trip and had been counting down since he opened the gift on Christmas morning and learned he was "going to Disney World!" 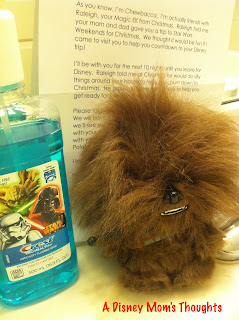 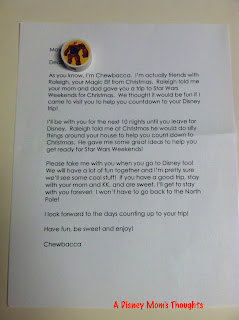 On day 1, Chewbacca arrived along with a letter.  This letter explained that Raleigh, our elf, sent Chewie to come visit and help us count down!  The best part was C-man fully believed it! (I love this age!) 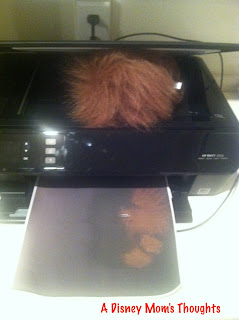 Day 2- Chewie got on our printer/ copier and copied himself!  C-man thought this was hilarious and took the paper to school to show his class! 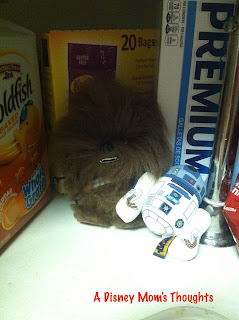 Day 3- We thought he had run away!  C-man searched all over the house and finally found him when we went to get cereal!  Chewie was waiting along with a small R2D2 keychain that "talked!" 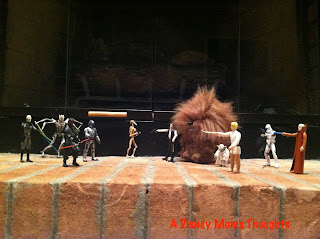 Day 4- Chewie set up several of the "Star Wars Guys" on the fireplace hearth.  (Yes, most of those are original 1970's guys that were daddys!) 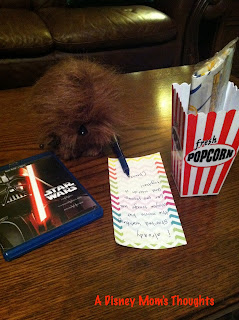 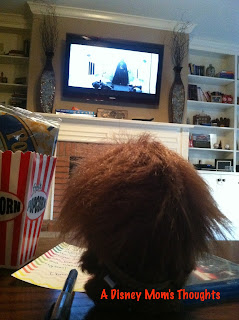 Day 5- C-man woke up to find Chewie in the den watching Star Wars: Episode IV A New Hope.  He had a bag of microwave popcorn and a note that said he'd already started the movie but maybe tonight we can watch it together! 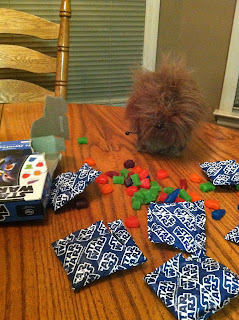 Day 6- Chewie had a box of Star Wars gummies (found at Kroger) and had opened ALL the bags of gummies!  He had made a mess! Guess what was for breakfast that morning... 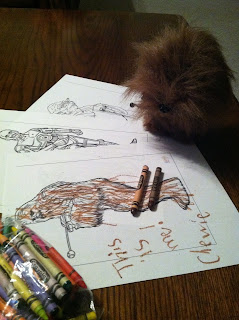 Day 7- Chewie brought coloring sheets of some of his friends, Yoda, C3PO and R2D2.  He had already colored himself! 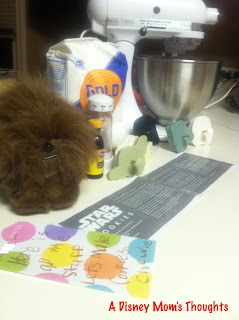 Day 8- Chewie had all the ingredients on the counter along with our Star Wars cookie cutters ready to make cookies! 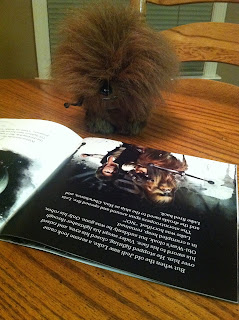 Day 9- Chewie brought a Star Wars: Episode IV A New Hope book and CD.  This was great to listen to on the ride down to Disney! 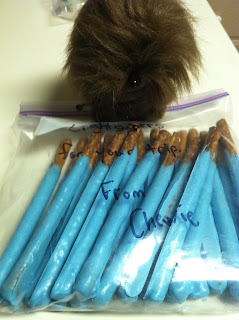 Day 10- Chewie made goodies!  During the night, he dipped pretzel rods into melted, blue, candy wafers to make light sabers!  We took those with us to Disney! 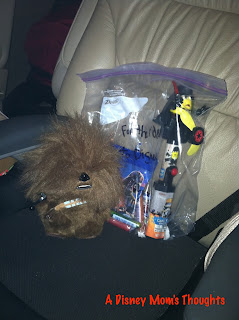 Day 11- The morning we left, we found Chewie in the car with a bag of goodies for C-man to enjoy: Star Wars jelly belly jellybeans, an M&M Darth Vader "toy", and some candy.

I had so much fun with this!  It was fun to try to come up with new, creative things for Chewbacca to do each night.  I'm glad I only had to do 11 though!  I was running thin on ideas.

If you try this for your family, or have done it in the past, I'd love to hear about it in the comments!
Posted by adisneymomsthoughts at 10:30 AM