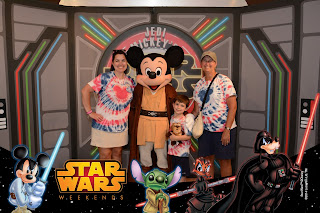 Earlier this summer, I took my middle son to Walt Disney World for Star Wars Weekends at Hollywood Studios.  We had an absolute blast all weekend long!  One thing we did prior to the trip was have a Star Wars movie weekend.  I'll be honest, May 2015 was the first time I had seen any of the movies.  (I'm still missing episodes I, II, and III....shhhh!)

Right before we had our movie marathon and our amazing weekend, I was sent the information about a new children's album release from the band, Recess Monkey out of Seattle.  The album is called Hot Air, but the song that caught my attention was "Oh, Lando."  Yes, it's a song about Lando Calrissian from Star Wars!! Once I saw the movie, "The Empire Strikes Back", this song made much more sense! :) 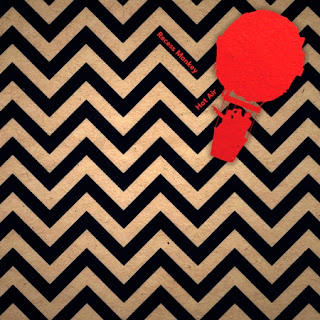 Track 14 from the album "Hot Air" by Recess Monkey:


OH, LANDO
Have you grown apart from someone
you used to really know?
I had a friend just like that
a long, long time ago
Oh, His name was Lando
I hadn't seen him for a little while,
he took it kind of hard
Won the Millennium Falcon from him
in a game of cards
Oh no, Won it from Lando
Battle of Hoth and we had to take off so
That's where we'll go- and stay with Lando

I looked him up in the phonebook,
only name there of its kind
I need a place to chill out
with a couple friends of mine
On the go, So I called Lando

Said if you want to see Cloud City,
you can come by any time
Don't worry 'bout Lord Vader
'cause he ain't no friend of mine
He said so, That Lando

But after those asteroids
And this protocol droid
I cannot avoid that I'm
Getting annoyed with these guys
But we're staying alive
With hyperdrive (punch it Chewy!)

Land the Falcon there look at Lando's hair,
I can't believe we're suddenly together
He whisks away his cloak this ain't no joke,
Lando's looking like someone I've never seen
He said "I've just made a deal
to keep the Empire out of here forever."
And then the doors open up,
Darth Vader's there,
Lando looks like he used to be

So when I walked into the chamber
something didn't seem quite right
Next thing I knew
I was totally encased in Carbonite
Head to toe, Nowhere to go
Nowhere to turn
When you've got freezer burn
And when will I learn
To never ever trust this guy
That Lando, Oh Lando
Stuck in this mold
And staying real cold
But I'll never get old
So I got that goin for me it's nice
Thanks to Lando
Oh, Lando
You can download your own copy from Amazon for only 99 cents!  I promise it'll make any Star Wars fan smile! :)
Posted by adisneymomsthoughts at 6:30 AM