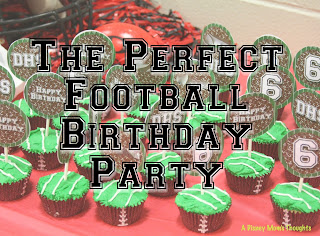 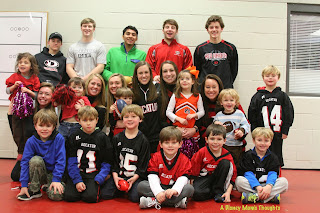 Being the youth minister at our church, I have several students who play varsity football and are varsity cheerleaders.  I got them to help with the party activities and it was a blast!  Originally, we were going to have the party in our backyard but having a January birthday makes outdoor birthdays questionable.  When I was talking with one of the football players, he suggested I call the head coach.  Luckily, I'm good friends with the coach and he allowed us to come to the football field house for our party! 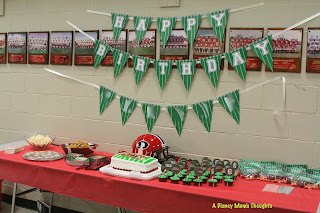 We brought a few decorations, footballs and the party food.  He provided the helmets, jerseys, mats, and hitting dummies.  The boys practiced football drills such as hitting, running, catching, and throwing.  The girls did jumps, cheers, stunts, and tumbling.  The little brothers just ran around like fools! 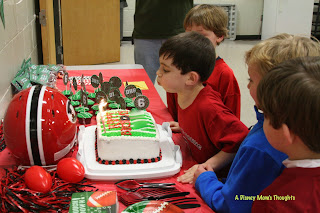 While this wasn't a Disney themed party, it was one of my favorites because we were surrounded by so many different friends and family members.  The kids had a blast playing and we all ate too much!  Originally I wasn't going to post about it since it wasn't a Disney party, but decided someone out there may benefit from it!
Enjoy! 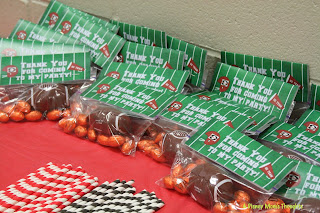 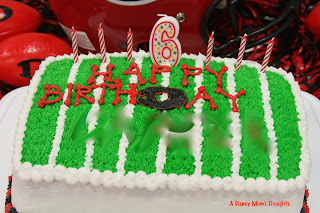 Cake: Decatur High Football field with the "D" being
the same that's on the 50 yard line. 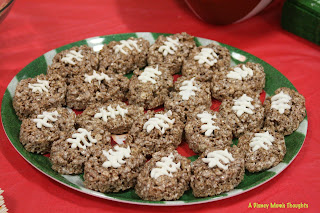 Coco Krispy Treats in a football shape with icing stitching 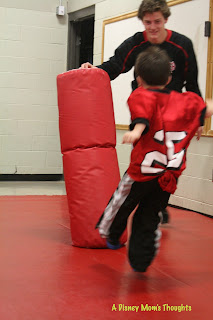 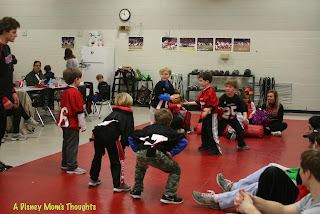 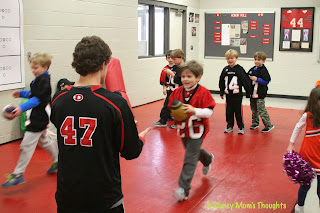 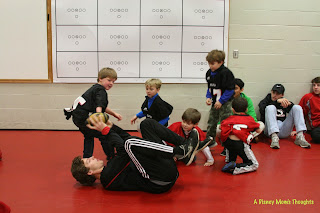 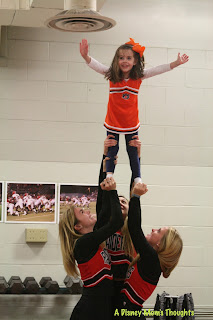 stunts with the cheerleaders 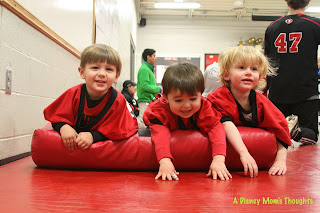 Little Brothers goofing off!
Posted by adisneymomsthoughts at 8:30 AM