On a beautiful fall day with 11 kids ages 3-6, they really just want to run around and "play." So that's what we did!  I had several Cars themed games ready to go, but all they wanted to do was swing, do the zip line, and draw with sidewalk chalk... so that's what we did! 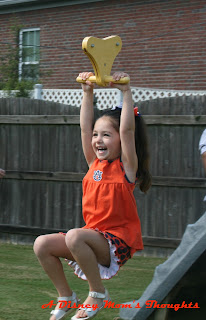 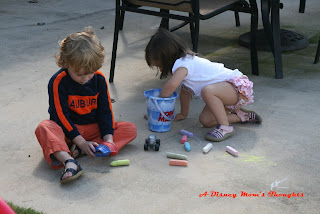 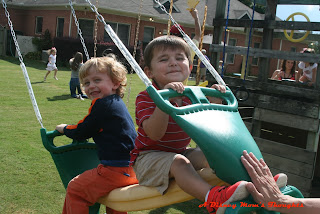 Since the little ones didn't want to play any of the games I had planned, I had my middle son play them after the party just to share here! 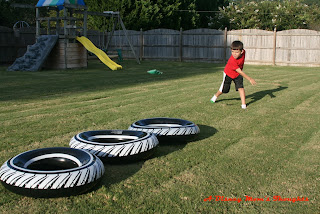 We used three inflatable tires for a bean bag toss.  I also had cones set up for a relay race.  I had moved several of the matchbox type cars outside on the patio too... but nobody wanted to play with cars! I wanted to do a pinata, but Big E said no.  Since it was his party, I didn't force it on him!

For party favors, I made red, yellow, and green play dough using Kool Aid.  I found the recipe on the Kraft web site.  I then rolled the dough into three balls to form a traffic light.  I put the balls in a cellophane bag, tied ribbon to the top, and taped a "Thank You" note to the back printed on cardstock.  Easy peasy. 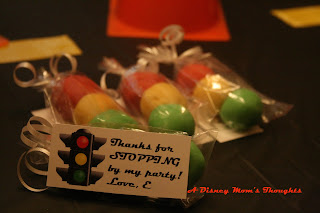 I also made "Pit Passes" for all the kids when they entered the party. I stuck the passes in clear lanyards and they wore them around their neck. 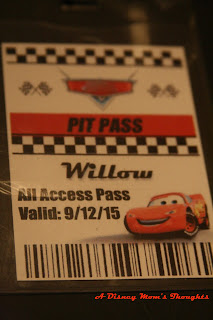 The last idea I had, which the kids didn't go for, was Cars tattoos. Typically Big E loves these, but on this particular day, he wanted no part of them!  Oh well! 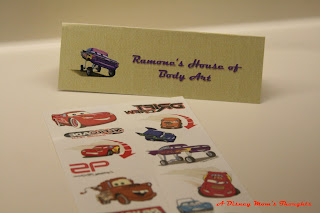 And yes, it's next to impossible to get 11 kids to all look at a camera and smile at the same time!! :) 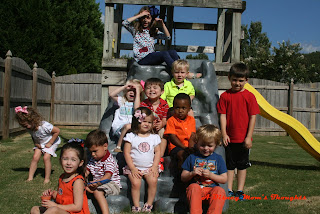 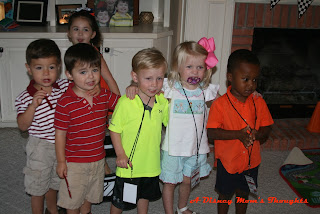 At the end of the day when you find your child asleep on his bedroom floor, you know you've had a successful party!  Sweet dreams baby boy! 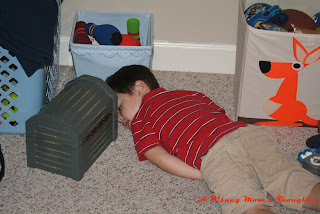