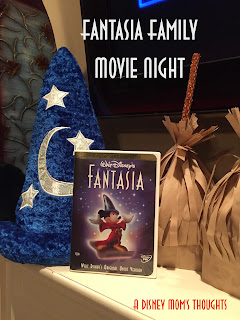 This weekend we watched the third movie in our 2016 Movie Resolution, Fantasia. This Walt Disney movie was released on June 21, 1940. In 1940, this was a very bold move for Walt Disney to combine animation with western classical music. This movie originally was meant to be a short to boost Mickey Mouse's career, since it had declined in popularity, but instead turned into a full length movie. The film has eight animated segments all set to classical music conducted by Leopold Stokowski and performed by the Philadelphia Orchestra.

The songs in Fantasia are: 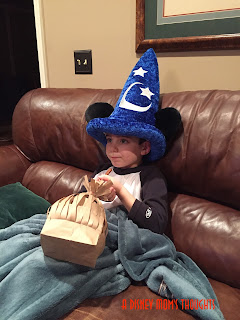 I wonder what my reaction was in 1977 when I saw this movie for the first time in the theater? I was three, the same age as Big E is now.  He is not enjoying this movie!  It took C-man, my now 7 year old a while to get into it.  He did not enjoy the beginning at all.  When he heard songs he was familiar with from The Nutcracker Suite, he became more interested.  He did enjoy the Sorcerer's Apprentice, only because Mickey was in it.  The dinosaurs in "Rite of Spring" actually kept his attention the best!

We had a fun time watching this movie but the best part for the boys were our popcorn broom bags!  See how to make these here! 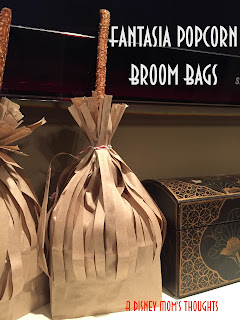