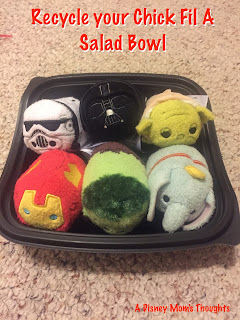 As a member of the Chick Fil A Mom's Panel, we were given  the opportunity to participate in a DIY project using a washed salad bowl from the new Spicy Southwest Salad. I had several ideas for the project such as an herb garden, a terrarium, or a bird feeder, but my boys had other plans so I let them decide how to reuse or recycle the salad bowl.  Below are their ideas!

My seven year old immediately said we could use it as a snack bowl. We were watching Jungle Book as part of our 2016 New Year's Resolution and we added our Jungle Book snack mix to our Chick Fil A bowl. When I asked what else we could use it for he suggested a container to hold all of his Minecraft guys. It was a perfect fit for all his guys... I guess we don't need any more since there's no room in the holder now! :) 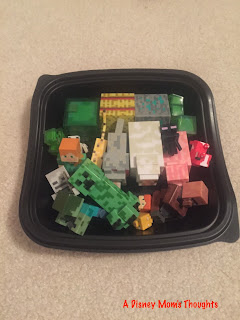 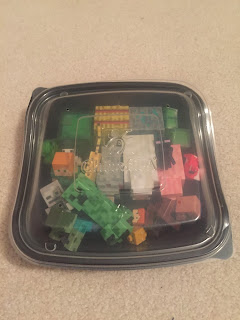 When I asked my three year old what we could use the bowl for, he suggested a crayon holder. I'm always telling him to pick up his crayons, so now they are all in one place.  The next suggestion he had was a bed for his Disney Tsum Tsums. We need to eat more salad though since only 6 Tsum Tsums fit in one container and we have at least 20 Tsum Tsums at our house! 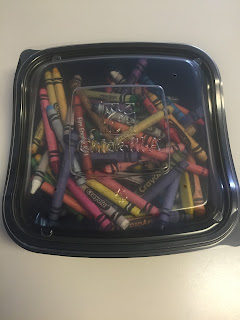 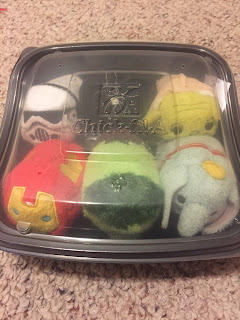 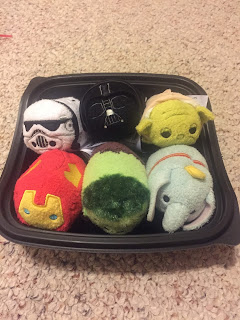 If you haven't had a chance to try the new Spicy Southwest Salad from Chick Fil A, I suggest you do. And then, save your container, wash it and find a new way to reuse or recycle your bowl. Have fun!
Posted by adisneymomsthoughts at 10:43 PM