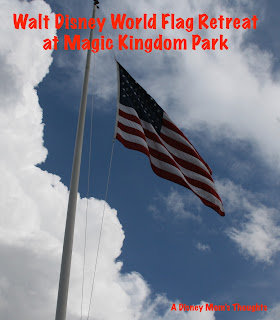 While technically this event does require park tickets, it's free for guests once you are inside Magic Kingdom Park.  This FREE event is the Flat Retreat at Town Square every night at 5:00pm. 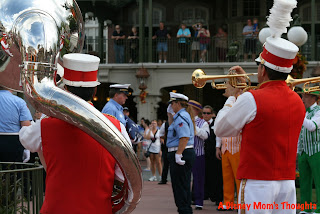 Each morning when Magic Kingdom Park opens, a US Veteran is chosen to have the honor of lowering the flag at the end of the day. This is quite a production. Cast members block the road between the flag circle and the railroad station. The Magic Kingdom Philharmonic Band is also at the station both upstairs and downstairs. The band begins playing patriotic songs. 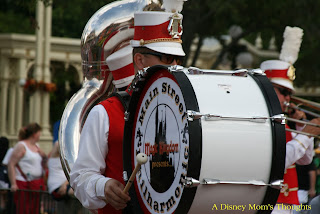 When the band finishes, the Dapper Dans speak while the band comes to the flag circle and the Pledge of Allegiance is said. 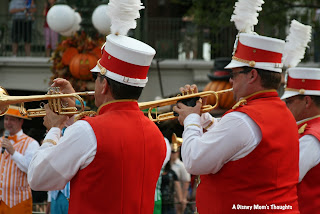 Following the pledge, the trumpeter sounds the retreat and the Magic Kingdom security, along with the veteran, lowers the flag. 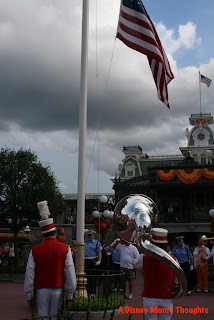 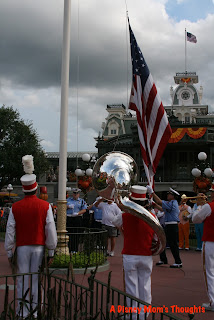 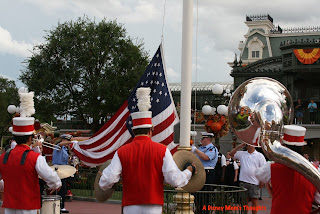 While the flag is being lowered, the band plays the Stars Spangled Banner and the crowd sings along. 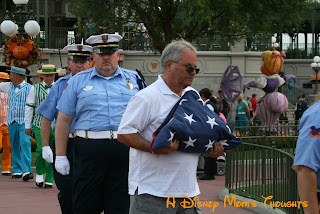 At the completion, the flag is presented to the veteran by stating their name, branch and hometown. 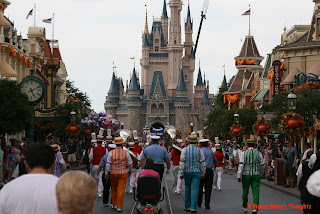 The band plays an armed forces medley and they conclude by walking down the middle of Main Street USA headed towards Cinderella Castle.

If you have any patriotic feelings in your bones, I suggest you make plans to attend this event!
Posted by adisneymomsthoughts at 5:30 AM